The Place of Competition 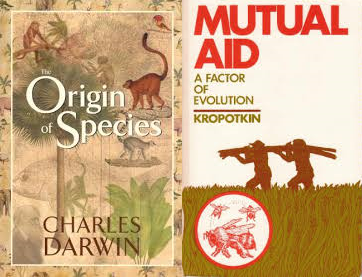 Of course, sport is based on competition.  It would be difficult to conceive of an Olympic Games, the FIFA World Cup, or the Tour de France without competition.

But, that is where competition should remain.

There is no need to introduce competition into other realms, such as education, business, health, housing or employment.  Yet, we do.

Housing is supplied on a competitive basis.  Those with access to wealth accumulate more properties than they need and others must compete on the rental market in order to find somewhere to live.

When health is supplied in a competitive environment then those on limited incomes will struggle to receive the health benefits they should deserve from living in a modern society.

Where did our obsession with competition being the basis for social policy come from?

Perhaps Mr Darwin and his Origin of Species had a role to play.  More likely, it was the misinterpretation of what that tome had to say that was at the basis of the obsession.  The “survival of the fittest” came to be the phrase most commonly associated with Darwin’s theory.  Yet Darwin did not coin the phrase.  He preferred the phrase “struggle for existence” which he used


“…in a metaphorical sense, including dependence of one being on another…” (my emphasis)

Darwin and his theory came to almost monopolise the popular ideas of evolution and was expanded upon and, unfairly, used to justify “social Darwinism.”  But there were many others writing at the same time as Darwin who were similarly attempting to discover who we humans were and where we came from.

One of these was Peter Kropotkin who published an oft forgotten book, Mutual Aid: A Factor of Evolution in 1902.  This book put forward the notion that many animal and human societies were based less on competition and more on cooperation.  Kropotkin had read Darwin and had determined that many of Darwin’s followers had misinterpreted him.  Kropotkin’s reading of Darwin (and his own research) recognised cooperative elements in Darwin’s writing.

Kropotkin did acknowledge competitiveness, but also realised that for many societies (both animal and human) competition “did not answer it’s purpose.”

Not only have we misinterpreted Darwin, we have also distorted the word competition itself.  Competition combines two Latin words; com meaning together and petere meaning to strive, to seek, to attack or rush upon.

Rather that competition being about rivalry then, the word literally means “to strive together” or “to seek together.”

Had we taken a more literal interpretation of the word compete, or had we understood the role of mutual aid or cooperation in evolution, then maybe today we would have a society that benefits all rather than one in which there are winners and losers in a competitive maelstrom.

Maybe we still can.
Posted by bruce meder at 16:01