In Conversation with Peter Westoby 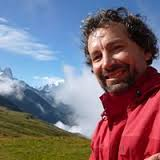 Peter Westoby launched his new book Theorising the Practice of community development – a South African Perspective recently.  I caught up with Peter over coffee at the University of Queensland a few days after the launch and we chatted informally.

Peter has now written, or co-written, six books relating to community development.  You can find a review of his (co-authored with Gerard Dowling) book Theory and Practice of Dialogical Community Development here on this blogsite.

For Peter, his writing helps to make explicit what is intuitively known.  Writing enables him to ask “is there is a different way of thinking about what we’re doing?”

Community development in South Africa is not located within a welfare state which means that it is often about livelihoods.  “Black practitioners,” says Peter, “want to talk about jobs.  Whereas in Australia it is about the right to a voice or a fair share.”

If the South African experience does have something to teach us here then it is that change is long term and that we must learn patience.  That learning includes being aware of the dangers of burn-out.  “When things get tough, the mistake is to work harder, (so that) we become our own worst enemy.”

Peter has been a prolific writer of books dealing with community development (6 books in 5 years) so I wondered what was next on the authorship agenda for him.

“Soul,” replied Peter, “Soul, Community and Social Change.”  The title is an intriguing one and Peter explained that he was delving into this from four perspectives:
This certainly sounds like a book to look forward to.  Due for publication in the middle of 2016 – look out for it.
Posted by bruce meder at 19:50