The world is experiencing large disruptions just about everywhere we look: calamitous earthquakes and tsunamis around the Pacific, financial collapse in Europe, political unrest in the Arab world and uncharacteristic floods and droughts everywhere.  People are confused, uncertain and becoming increasingly frustrated.  Our lives seem to be battered from all sides.

Who is to blame?  The stock answer is the government.  And so, everywhere there are greater demands for transparency, accountability and better representation in our democracy.  In some parts of the world the demands are for democracy itself.

But democracy is failing to meet these demands.  Is there a way out or a way through?  Often we find the answers to big questions in small places.

Iceland is such a small place with a population of just 320,000 (just four thousandths of one percent of the Worlds population).  “Iceland?” I hear you ask incredulously.  "What possible answer could it have for the rest of us?  It went bankrupt just a few years ago, didn’t it?"

Yes, it did.  In 2008 Iceland’s main bank was nationalised, it’s currency (the Krona) was devalued and it’s stock market crashed.  A Proposal to buy their way out of the financial crisis was thrown out by 93% of voters in a referendum.

Back to the Kitchen

Using the power of social media young people mobilised themselves and others to articulate their frustrations.  In January 2009 thousands gathered outside the Althingi (Iceland’s parliament) banging pots and pans in order to disrupt the proceedings within.  Thus began the “Kitchenware Revolution”.  Eventually the Prime Minister and his Government resigned.  So too did the heads of the central bank and the financial regulator.

The newly elected government included the country’s first woman Prime Minister who acknowledged that “the people are calling for a change of ethics”.  How does she, her Government and Iceland  achieve that?  They look to a different way of selecting their representatives and a new way of involving the populace in the making of policy.  They look to a means of selection that has tremendous merit.  They look to sortition. 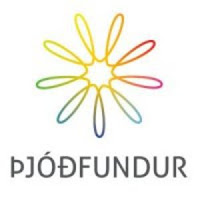 In November 2009 almost1,200 randomly selected (sortition) citizens along with 300 invited guests participate in Thjodfundur 2009 (a National Assembly) in Reykjavik charged with planning a future vision for the country.

The Act that set up this Assembly prescribed that the sortition process was to take “due regard to a reasonable distribution of participants across the country and an equal division between genders, to the extent possible”.  Those selected fulfilled these guidelines with ages ranging from 18 – 88, coming from all over Iceland and having 47% women and 53% men.

A Transparent and Open Process

Working in groups of 9 the 1,500 participants came to consensus as to the priority issues and what was to be valued.  Integrity was the value of most importance with others highly rated being: equal rights, respect, justice, responsibility, freedom, sustainability and democracy.

Following the Thjodfundur a Constitutional Council of 25 elected members worked on the draft of a new 114 article Constitution for Iceland based on the vision produced by the National Assembly.  Recalling that the Kitchenware Revolution was brought together through the power of social media the Council utilised the same media (Facebook, Twitter, YouTube and Flickr) extensively with the open proceedings of the Council being shown via the Internet.  Comments and submissions were also made to the Council via this media.  The draft of the Constitution was presented to the Althingi at the end of July 2011 where is is awaiting ratification via a referendum.

One of the 25 members of the Constitutional Council tweeted that “what I learnt is that people can be trusted”.  What about the rest of us?  Surely, we should learn the same lesson.

During its session the Council noted three main themes: distribution of power, transparency and responsibility.  No doubt these themes will be recognised throughout the world, from Tunisia to China, from London to New York, within our own cities, towns and communities.

Yes, small places can provide us with examples to learn from.  Both process and outcome.
Posted by bruce meder at 14:28