English Knows It Too 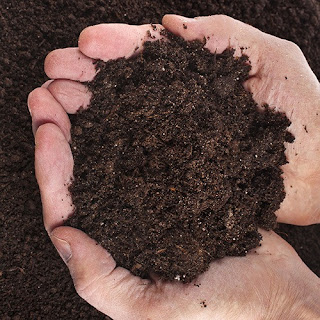 And, the English language knows it too.

Every so often I become involved in a conversation about how we are part of the Earth.  In some of those conversations I hear a comment about how indigenous languages often use the same word for ‘people’ as for the ‘earth,’ or similar.

The word human and the word humus are directly related.  Humus, of course, being the dark, organic, component of soil, of the earth.  Humus is produced by the decomposition of plant or animal matter, and is essential for soil fertility.

The word itself comes from its Proto-Indo-European root dhghem, meaning earth.

That is the same root word that gives us human.

So, there we are (humans) right there in the English language being directly related to the earth.

Dhghem is, not surprisingly, also the root of the word Homo that forms part of who we are – Homo Sapiens.

Perhaps, as we think about that, we might consider another word that derives from dhghem, and is bound up in human and humus – humble.

Yes, perhaps, it is time we took a humble approach to our association with the Earth.

Let’s act as if we deserved that recognition.
Posted by bruce meder at 16:33 No comments:

Recently I had cause to pass through Sydney.  I arrived by train and had five hours before my connecting train.

As I wandered the inner-city streets looking for somewhere to purchase dinner and to relax, I watched my fellow human beings.  Many seemed stressed.  Half of them seemed to have a mobile phone in their hands connected to ear-plugs.  Others were in a hurry.  And, it was noisy.

After a couple of hours I noticed my own sense of calmness begin to diminish, replaced by a rising uneasiness.

Then I noticed something, or more correctly, failed to notice something.  I could not see the horizon.

Everywhere I looked were buildings, most of them high-rise.  My view, if any, of the sky, was comprised of a narrow strip between the roof-lines of the buildings on either side of the street.

Where I’d come from earlier in the day I had always been able to see the line between sea and sky, or the outline of Ngali (Old Man Dreaming as the mountain range is known to the local Gumbaynggirr people.)

On any given day I could see the horizon.

I was struck by the thought: is our psyche, or our soul, nourished by the sight of the horizon?  When we are able to see the boundary between Father Sky and Mother Earth are we, somehow, more grounded in who we are and what we are part of?

Whether it be a fairly continuous line, as between sea and sky, or one that is fractalised, such as by trees and mountains, the horizon always calls to us.

Then, in the morning, the sun rises above the eastern horizon, bringing brightness, wonder, and frivolity to our lives.

As I write this the sun has set in the city, but I did not notice it – because I cannot see the horizon.

So, next time you gaze at the horizon, give thanks that you can, and listen to how it calls you.