The Myth of Commoner Non-Sense 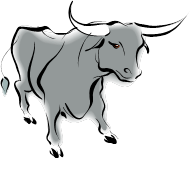 Last weeks blogpost discussed the myth of the expert.  This week looks at the corollary of that myth: the myth that common folk lack the knowledge necessary to make public decisions.

Throughout the world, public decision-making is dominated by political and industrial elites, by men and women (mostly, men) who represent the rich, the powerful, the successful or the famous.  If we stop to seriously consider the representativeness of such public decision-makers we are left with the unhappy discovery that most of us, the common folk, are woefully under-represented.

Furthermore, if we critically scrutinise the decisions that these elites make then, again, we make an unhappy discovery.  The decisions have led us to more warfare, international hatred, increasing climate change, greater gulfs between the rich and the poor, less agricultural diversity and high levels of mental illness.

But, the accepted understanding is that in order to solve these issues, those making the decisions need to be knowledgeable, they need to be experts.  Furthermore, the ideology goes, such public decision-makers need to be leaders of industry, of business or at least, have succeeded in some public arena (such as sport or movies or music).

That is all a myth.

Being successful, having a business or policy background, does not guarantee a stranglehold on good decision-making.  What is missing?

Wisdom – that’s what is missing.  Specifically, common wisdom, or even, common sense.  How does common wisdom arise?

The Wisdom of Crowds

In the first decade of the 20th Century an elderly British scientist, Francis Galton, stumbled upon an intriguing insight at the West England Fat Stock and Poultry Exhibition.  One of the exhibits was a competition in which punters could guess the weight of an ox.  Up until that time Galton had believed that in order for society to remain healthy it had to be run by the select, well-bred, few.  His belief was about to be shattered.

The competition was open to all-comers.  It included a number of butchers and farmers who, in Galton’s estimation, would be experts and so be able to guess the weight of the ox much more accurately than the common folk.  After the competition was over Galton analysed the results.  What he found staggered him.  When he averaged the guesses of the common folk he found that they had guessed 1,197 pounds, just one pound short of the true weight: 1,198 pounds.  The guesses of the “experts” however, were much wider of the mark.

Galton had discovered in people the equivalent of “the whole is greater than the sum of its parts.”  Common folk could indeed have a collective knowledge that surpassed that of the experts.  As Harold Fleming has so succinctly put it:


“The wisdom of the community always exceeds the knowledge of the experts.”

But, tapping into this collective wisdom is not as simple as combining the sum of the individual votes in an election and declaring that the person with the greatest number of votes is the representative decision-maker.  That leads to folly.

The Folly of Crowds

Just as crowds can be wise, crowds can also be foolish.  Just think of mob hysteria or the mass mobilisation that charismatic, yet despotic, leaders can mastermind.  In the book The Power of Collective Wisdom1 the authors warn of two patterns that lead to collective folly.  One is where group members resist the ideas and input of others and accept only data that confirms their own beliefs.  The other is a move towards false agreement giving an appearance of unity.  This pattern relies on members choosing to conform.

How often do we see examples of these two patterns?

Tom Atlee has written extensively on the power of collective decision-making.  He suggests that two capacities are needed to help make manifest the wisdom of crowds2:
Briskin, Erickson, Ott and Callanan offer six principles3 upon which collective dialogue can be based allowing collective wisdom to emerge:
Yes, collective wisdom is possible.  It comes from ordinary people, from common folk.

It is critical that we do so.