Many years ago, when I was an University student, in the days when door-to-door appeals still existed, I collected for a New Zealand based international aid agency.  I used to collect in one suburb, but it had two distinct demographics.  The hillside was dotted with high-priced, large houses.  The valley residencies were more often older, smaller and inexpensive.  In short, the hillside was the home of the rich; the valley was the home of the lower middle-class.

What struck me, as a young, naive student, was that when I knocked on the door of a hillside residence I was often met with; “not today, thanks,” “I’ve already given,” or sometimes just a short “no.”  Not always, but it was common enough.

However, when I knocked on a valley door I was often met with someone who would go away, collect their purse or wallet, and then tip out whatever coins they had and place them in my collection bucket.  I just knew that person was giving possibly the last of their spare cash. 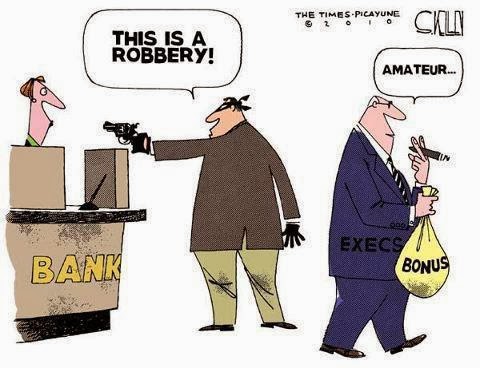 Forty years later I have come across a piece of research that suggests my experience was not atypical.  Piffa et al1 conducted a series of seven experiments and concluded that the wealthy are more likely to lie, cheat and steal than are the poor.

We often hear from politicians, talk-back hosts and others that people on welfare and those in the lower strata of society are layabouts, out to rip off the system or no-gooders.

Piffa’s research does not dispute that people in lower socio-economic strata are capable of lying or cheating.  But, those who are wealthy in comparison, are much more likely to do so.  This conclusion turns the common myth (promoted by those politicians and talk-back hosts) on its head.

Before you go thinking that rich people are liars, fraudsters or cheats though, give some consideration to the next part of the research.

Until we start working at reducing inequality then nothing will change.  That will require the will of those who presently control our political and economic institutions.  That is, those who are wealthy.  But then, as the research suggests, they are presently in positions whereby they are more likely to lie, cheat and steal.

Oh dear.  How to get out of the systemic spiral?  That is our collective challenge.