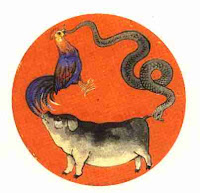 When I was a young man (I’m a baby-boomer) there were a number of social justice issues to be concerned about and take part in: The Vietnam War, apartheid in South Africa, the nuclearization of the Pacific, logging of native forest, the damming of waterways and flooding of fruit-growing valleys, racism, and sexism. Almost with glee, I participated in the protests, the rallies, the sit-ins, die-ins, and teach-ins.

As with most protest then,1 the government of the day was often blamed for the situation, as well as being held responsible for seeing the issue resolved. Closely following the government in terms of who was to blame were large businesses, corporations, multi-nationals, and even the older generation.

Often in those campaigns, abuse and taunts were hurled. Words and phrases I would never want to hear in my own household.

Yet, it was all for a better world wasn’t it?

We were campaigning for peace, for racial justice, for women’s rights, for animal rights, for an environment free from exploitation. Weren’t those causes justified?

But, therein was my biggest mistake. Not only mine, but also the mistake of those I was campaigning alongside.

We (and I) failed to see what underlay, and under-pinned, all those issues.

Beneath all of them lie separation and ill-will.

Our sense of separation from each other under-pins all of these issues. When we think we are separate then it is very easy to see the other as of lesser value than ourselves, and so we justify our self-righteous anger and abuse. When I was a young man I was never to blame. I did not even consider the possibility that I may be complicit in helping to create the issues I was campaigning about.2

My words of abuse and invective that I hurled at politicians and others, helped to replicate the very systems I was supposedly wanting changed.

I was complicit in the very system I was critiquing.

Many years later I found that Buddhism recognised these two traits of human thought. The three poisons – ill-will, greed, and delusion – resonated with my continuing enquiry. Two of them (ill-will and delusion) were exactly what I had come to recognise as my mistakes.

Ill-will is self explanatory. Ill-will covers a wide range of thoughts and behaviours; from name-calling and verbal abuse all the way through to hatred, and the espousal of violence. It is clearly a poison.

So, nowadays I am letting go (or at least, trying to) of the blaming, shaming, and defaming game. Letting go, however, does not mean giving up. It does not mean I am no longer concerned or aware of the plights, distresses, and tears of the world.

It does mean I want to acknowledge my complicity, and change those things that I am able to change. It means I willingly engage in conversations with others about how I, and we collectively, can change our behaviours and mind-sets, without hurling abuse and invective.

Such conversations are not easy, because I (and those I am conversing with) must step out of our self-conscious righteousness and let go of the ego that says “I have to win this argument,” or that “I am right, you are wrong.”

1. Sadly, the protests of today are little changed.

2. Sadly, I am still sometimes lulled into thinking I am not complicit.