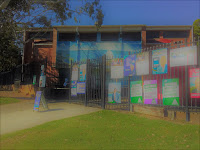 Last weekend in the State of Australia in which I live elections were held for local government. As expected, the predictable candidates won again. All of them, every last one of them are – politicians.

When the results come in, there will be some who cheer and others weep. Some voters will be glad, others sad. Many electors may even be mad.

From the complaints, moans, and groans I heard leading up to this election, it appears that this campaign has been little different to others. There have been complaints of cronyism and collusion, all the way up to allegations of corruption.

Could any less have been expected?

When would-be politicians are campaigning for election, money is key. Money buys exposure, and exposure translates into votes.

And it is the poor voter who is left bemoaning the outcome.

During the campaign, and following the casting of votes, I heard such statements as: “I’ll be glad when the election is over,” or “Thank god that’s over for another three years.”

All this is a sad state of affairs for at least three reasons:

1.     The to-and-fro name-calling and allegation and counter-allegation by politicians and their supporters should not be how we conduct our collective decision-making processes.

2.     In response to this, electors feel disappointed, unheard, and sometimes angry. It is as if elections elicit a feeling of angst amongst the electorate.

3.     The desire on the part of many electors that the elections be over-and-done-with as soon as possible sadly belies what should be an engaging part of civic life.

Can this be any different?

Donella Meadows was one of the foremost systems thinkers in the world. Her book Thinking In Systems,1 published posthumously, set out twelve leverage points at which to intervene in a system. She ranked these leverage points according to the effectiveness with which change may happen.

According to Meadows, the least effective leverage point was to change the numbers in the system. In terms of our political system, this translates to changing the politicians, changing the individual men and women who sit in parliaments, senates, and Council chambers.

Far more effective leverage points are to intervene at the level of goals, and paradigms. Doing so, requires us to think more deeply about what the purpose of our political system is and what assumptions is it based upon.

At present, we are simply changing the constituent parts. We are doing nothing to change the system. Yet, the system is not serving us. If it were, would there be so much angst around election time?

Our present mechanism for selecting those who are charged with making our collective and social decisions rests upon elections. What if we no longer used elections for that purpose?

What if we used random selection instead? What if those making our public decisions were selected like a jury?

“But, but, but…” The objections are many. When distilled, most objections can be encapsulated as: “But, that’s not democracy!”

Ancient Athens (the “birthplace” of democracy) used a process of sortition to select their decision-makers. Sortition is a system of random selection, and the Athenians used it in preference to elections.

I have written about sortition many times on this blog site, so I will not traverse the topic much further here.2

However, consider this: Would the three negative aspects of elections outline above be reduced under a sortition system?

I suggest, if the question is seriously pondered, and sortition fully appraised, then the answer has to be – “Yes.”

Sortition may not rid us completely of the three sad features, but it could seriously reduce them.

2. In the “Search this site” box type in the word sortition to be taken to blogs where I explore sortition much more fully.