Mother Nature On The Run

Fifty years ago this week Neil Young released his classic album After The Goldrush.  The lyrics of the 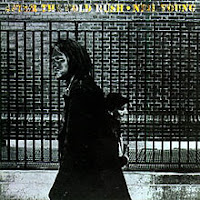 title track include these prescient lines:
“Look at Mother Nature on the run
In the Nineteen-seventies.”

Once the millennium ticked over and we moved into the next century, Young updated that lyric and it became:

“Look at Mother Nature on the run
In the Twenty-first century.”

Mother Nature has been on the run from humans for many years.  During the seventies she had to increase the pace.  Now, fifty years later, Mother Nature is sprinting, and she is losing the race.

Over the past fifty years the world’s wildlife population has declined by almost 70%.  Species are becoming extinct at a rate between 100 and 1000 times the natural background rate – because of human activity.

The first human made plastic was demonstrated at the International Exhibition in London in 1862 (just 160 years ago).  In 1970 less than 50 million tonnes of plastic was produced world-wide.  Fifty years later we produce over 400 million tonnes, much of it ending up in the world’s oceans.  It is estimated that ninety percent of all plastic produced ends up as waste.

Approximately one-fifth of the Amazon rainforest has been destroyed in the past fifty years.

More than one-third of the world’s arable land has been lost since 1970.  Human activity has increased erosion by 10 – 50 times the usual rate through our agricultural activities, deforestation, urbanisation, transport infrastructure, and climate change.

Mother Nature is losing the race.  She is exhausted.

Humans have chased her down, cut down her trees, slaughtered her fauna, decimated her flora, and poisoned her with waste.

We have also captured her, tamed her, and put her in a cage.  Nowadays it is possible to download an app of nature sounds to your phone,1 or watch and listen to a video of a gentling flowing stream, or rustling leaves on your laptop.

Isn’t it time we realised that we are racing the race against ourselves?

1. A google search for “nature sound app” returned 167 million hits. Roughly the number of trees cut down every week or two.(accessed 22 September 2020)