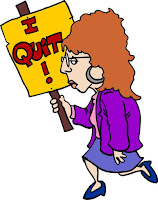 In the early 1800s Robert Owen, a social reformer, began using the catch-call “8 hours labour, 8 hours recreation, 8 hours rest.”  Two hundred years later we still work roughly the same amount of time.  Work has been the way in which we customarily spend our day, from 9 to 5.  Work is what we do.  Work is who we are.  Work defines us.

But, does it have to be this way?  The work ethic needs to be questioned.  Note that this is not intended to be read as suggesting that any one individual should quit their job.  But, as a culture, we do need to question our belief in work.  There are at least six reasons for doing so.

A Gallup survey in 2013 covering 142 countries found that just 13% of employees were “engaged” in their work.  A further 63% were “not engaged” and fully one-in-four (24%) were “actively disengaged.”  These disengaged employees (seven out of every eight) lacked motivation and were less likely to invest added effort towards organisational goals or outcomes.  Amongst the reasons for disengagement are: feeling ignored, inability to be creative, a lack of purpose, inflexible work schedules, and a feeling of not making a difference.

2. Work is Damaging the Planet and Others

The amount of time we spend working contributes directly to our carbon footprint.  We work in order to earn, and earn in order to consume.  Consumption is the leading human contributor to carbon emissions.  Because we spend so much time working we do not have the time to stop to reflect upon how we could live more sustainably and cheaply.

When we stop to think about it, it is easy to name the industries that are damaging the earth’s environment: mining and ore processing, lead-acid battery production and recycling, lead smelting, chemical manufacturing, the dye industry, and tannery operations, and many more.

Nor does it take much research to discover how much of work exploits others: children, peasant farmers, sweat-shop workers, the poor and dispossessed.

Work in pre-colonisation indigenous societies took up much less time than it does today.  It has been estimated that in many such societies just eighteen hours per week was needed by each person to provide for food and shelter.  Even in western culture the amount of time spent working prior to the Industrial Revolution was much less than we work today.  In the 13th and 14th centuries in the UK the average peasant or labourer spent between 1400 to 1600 hours working per year.1  The average annual working hours per worker throughout most of the OECD today ranges between 1600 and 1800 hours.

Recently the new economics foundation in the UK estimated that a 21 hour working week is sufficient to enable the economy to be maintained, provide for our needs and allow for greater equity in employment.2  Over a year that would mean working for approximately 1000 hours – a reduction of 40% from our present norm.

4. Work Does Not Define Who I Am

One of the prevailing justifications for work is that it provides us with an identity and with meaning.  Certainly, meaning and self-identity are two of the fundamental needs that we have.  But to state, unequivocally,  that work gives them to us is to make the mistake of confusing needs with strategies.  Work may be a strategy for obtaining identity, but it is only that – a strategy, not the strategy.  If you stop to think about what the need is that you have and then think of strategies to achieve that; I am certain that a number of other strategies will come to mind.

Work does not define us.  Nor should we allow others to define us by our work.  One of the most pernicious questions that we ask of others when we first meet is “what do you do?” meaning what is your work?   This question is grounded in defining a persons worth.  The job defines how worthy or otherwise the person is.  It is demeaning.

5. Work Makes it Difficult to Retire

Retirement is now recognised as a significant contributor to the risk of men (women much less so) becoming clinically depressed and/or suicidal.  Research in the US suggests that retirement increases the risk of depression in men by 40%.  Self-help and support programs are now in place to help men adjust to retirement, but the causes of these depressions are created much earlier - in the work ethic.  For the previous 40 years of their lives men have been goaded, exhorted, encouraged, even coerced into work.  “Get a job,” “climb the corporate ladder,” “get a better job” are just some of the messages that men are bombarded with, many even before they enter the work force.  Much of the education system can be critiqued as being nothing much more than a training ground for future employees.

So, it is no wonder that with retirement comes depression.  Men have not learnt how to live a full, rewarding, satisfying, or contributing life during those 40 years.  All men know is how to work, except for a couple of weeks each year when they can relax.  Relaxation is only one aspect of living.  A couple of weeks is insufficient to learn the pleasures of all the other aspects of life.

Surely it would be much better for us individually, and collectively, to learn about work-life balance and apply it throughout our lives rather than work 40 years, retire, and then live 20 more years in a depressed state.  Its insane.

Max Weber wrote his seminal book The Protestant Ethic and the Spirit of Capitalism in 1904 and 1905.  In it Weber traced the beginnings of the protestant work ethic to the Reformation of the 16th century, with possible antecedents to the Middle Ages.  Weber’s thesis was that peoples salvation prior to the Reformation lay in accepting the authority of the (Catholic) church.  However, the Reformation undermined these assurances and salvation came to be understood as lying in one’s works.

By the time Weber wrote his book though, the religious connection with work had largely gone and work became viewed within the capitalist mode that pervaded western societies.

This work ethic remains embedded within the capitalist approach and within our western cultures.  But it is nothing more than a belief.  We still live under the shackle of the protestant work ethic belief.

2. Anna Coote, Jane Franklin and Andrew Simms, 21 Hours: Why a shorter working week can help us all to flourish in the 21st century, new economics foundation (nef) 2010.
Posted by bruce meder at 14:39

Email ThisBlogThis!Share to TwitterShare to FacebookShare to Pinterest
Labels: Values and attitudes, Work