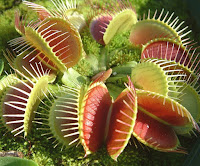 When South Africa began to dismantle the apartheid system in the early 1990s many around the world feared that the nation would descend into a bloodbath, with native Africans out for revenge, and white settlers taking up arms to protect what they saw as theirs.  The prevailing ideological solution within much of Africa at the time was to look to African values, a set of undefined values that many African rulers claimed meant solidarity against the west.  But, Nelson Mandela, newly freed after 27 years imprisoned by the apartheid state, said “no.”  Mandela espoused values of human rights, democracy and freedom of speech.  He did not want to be trapped in the ideology that was prevalent at the time throughout the continent.

Mandela also had the historic model of the Nuremberg Trials as an example of achieving justice – retributive justice.  Retributive justice was, and still is the predominant model of state justice systems worldwide.  Retributive justice is an ideology that brings together a collection of beliefs surrounding the criminal mind, community standards, the role of the state, cause and effect, plus not the least, a desire for revenge.  Many western leaders exhorted Mandela to use this model.

Mandela could have clung to the African values ideology or he could have been swayed by the retributive justice ideology.  Instead, he walked away from both of the traps that he could have stepped into.  He proposed something radically different to either of these approaches.

The Truth and Reconciliation Commission that he set up sought a new solution.  Mandela appointed Bishop Desmond Tutu (an outspoken Anglican cleric of the apartheid system) to be the Chairman.  Bishop Tutu describes what happened:1


“When, at last, our leaders were released from prison, it was feared that our transition to democracy would become a bloodbath of revenge and retaliation. Miraculously we chose another future. We chose forgiveness. At the time, we knew that telling the truth and healing our history was the only way to save our country from certain destruction. We did not know where this choice would lead us. The process we embarked on through the Truth and Reconciliation Commission was, as all real growth proves to be, astoundingly painful and profoundly beautiful.”

Nelson Mandela, Bishop Tutu, and many others decided not to blinker themselves with ideology.  By not doing so, they were able to discover and explore another opportunity.

We can also hold onto what could be called “small” ideologies, e.g. fight fire with fire, or turn the other cheek are two that represent conflicting ideas of how to solve conflict.

When we come across a new idea that does not fit our ideological views then one option is to reject it because it does not conform to how we think the world should be or the method by which our view of the world should be achieved.  That is a mistake.  It is a trap.  We enter the trap simply by being unwilling to consider any other method than those that fit within our ideology.  In many ways our ideology has become our comfort zone.  We need to be able to step beyond that comfort zone in order to recognise the opportunity that lies outside.

The above should not be read as suggesting that all models, worldviews, ideologies should be rejected.  To begin with it is not possible to do so.  We construct our view of reality in our minds, and that allows us to operate in the world.  In order to not miss opportunities, though, we need to hold our views and ideologies lightly.  We cannot allow them to define us.

Here’s a question that you might like to consider: how many opportunities have you missed because of clinging to a particular ideology or perception of the world?
Notes
1. Desmond and Mpho Tutu, The Book of Forgiving, William Collins, London, 2014
Posted by bruce meder at 16:30

Email ThisBlogThis!Share to TwitterShare to FacebookShare to Pinterest
Labels: Beliefs, Values and attitudes