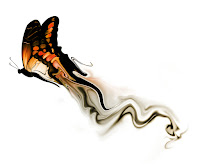 Although developed within mathematics and other sciences, chaos and complexity have useful insights for those of us working within community development or social justice movements.  Here are five of those insights and what we can learn from them.1

1. The Butterfly Effect.  This is possibly the most quoted and universally recognised insight.  It tells us that from small beginnings large effects can be felt.  Consider the example of the young Egyptian woman posting a simple video message on facebook in early 2011.  By the end of January over 300,000 people were occupying Tahrir Square in Cairo calling for more democracy and freedoms in that part of the world.  The Arab Spring had arrived, which went on to inspire the Occupy Movement.

2.  Unpredictability.  Chaos Theory tells us that we cannot predict with any certainty the outcome of any intervention or programme.  Our previous thinking had been that we could gather all the data, analyse that data, create a model, make plans and predict what would happen when we carried out that plan.  Unfortunately, many of our plans did not produce what we expected.  The world is not that predictable – it is just too complex for that.

3. Feedback.  Although this insight comes more from Systems Theory, it is strongly supported by Chaos Theory.  Feedback tells us that all parts of a system are constantly receiving feedback from other parts of the system and the environment.  These parts then adapt to this new information and in turn pass that on to other parts of the system.  So, the feedback continues, never ceasing.

4. Emergence.  The old saying “the whole is greater than the sum of its parts” captures the concept of emergence to some extent.  Emergence describes a structure or property that arises from the organisation of component parts, yet which could not have been predicted from a knowledge of the component parts themselves.  For example, the formula for common table salt is NaCl – sodium and chlorine mixed together.  The taste of salt cannot be predicted simply from knowing what sodium and chlorine taste like on their own.  The taste of salt emerges from the new mixture.

5. Self-Organisation.  Chaotic and complex systems are self-organising.  That is, the system evolves from the interplay of its myriad parts.  It is not organised or created by any command and control mechanism.  Look at any ecosystem and you will see this.  The vegetation, the animals, the insects, the birds, the soil, the waterways, the weather patterns, the landforms all interact to organise themselves into a coherent system  Yet, when humans attempt to control some part of it, inevitably the system starts to break-down.

What Does This Mean For Our Work?

What can we learn from these insights?  What can we take with us into our community work or our work for social justice?  Here are just a few thoughts.

1. The Butterfly Effect tells us that each of our seemingly small, individual and insignificant actions can or could have a major effect.  We will never know.

2. If we accept unpredictability then we can remove ourselves from a lot of the stress that we tend to place upon ourselves.  This means that instead of being certain about outcomes we can be content with working in ways that are more likely to produce the effects we would like, without the necessity of being defined by “success” or “failure.”

3. If all parts of a system are both the receivers and the senders of feedback, then we need to embrace diversity.  We must actively seek out the voices, skills and ideas of all, especially those who are often excluded from discussions and dialogue.

4. New structures and relationships are always emerging.  We must not be afraid of the new – rather we would do well to embrace the change, to appreciate the newness and the possibilities that emerge.  Emergence teaches us that we must connect, we must engage with each other.  The answers to complex problems do not come from each of us working in isolation and then adding the answers together.  The answers emerge from our inter-connection.

5. Most of the structures of western society are based on hierarchical, chain-of-command models.  Continuing to impose this model is irrational when we understand self-organisation.  Self-organisation suggests that we discover and explore our creativity by becoming more curious, by asking questions, and not accepting authority just because it is “authority.”

1. What follows is by no means an attempt to thoroughly outline the insights and learnings from Chaos or Complexity Theory.  It is simply a few possibilities.
Posted by bruce meder at 21:11