It Doesn’t Happen In Isolation 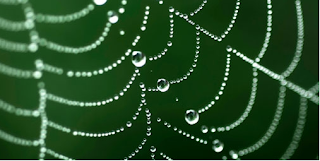 An understanding of systems also assists in recognising the factors that contribute to an individual’s actions.  We all live inside systems.  Our own body-mind-psyche is a system.  The culture we live in is a system.

Systems theorists describe three things that combine to produce a system: elements, interconnections and function or purpose.1  The interconnections (relationships) between elements are easily identified when they are tangible, e.g. the relationships of father, mother, son, daughter, aunt, uncle etc. in a familial system.

The relationships that are harder to identify are those of information flows.  These are the signals that get sent between elements that then result in a decision or action by another element in the system.  An example may help explain this more simply.

When I am hungry I get a signal from my stomach that tells my brain that it is time to get something to eat.  Meanwhile, I know that I am on a limited budget this week, and I don’t get paid until next week.  I also know that I have some food stored in the pantry at home.  All this information combines to enable me to decide what action to take.  Much of those information flows happen unconsciously.  Someone witnessing my food choice will almost certainly have found it difficult to recognise all those information flows.  Yet, the flows exist.

So it is within a cultural system.

That is why, as community development workers or social justice advocates, we must beware of focusing only on blaming individuals for their actions.  We cannot neglect the contributing factors that inform individuals.

We must look at our culture and society as a whole and ask: what information is our culture sending that may contribute to individuals acting in anti-social ways?  Two examples help explain this.  One is specific from June 2015.  The other is an ongoing, general problem.

On 17 June 2015 Dylan Roof entered Mother Emanuel church in Charleston, South Carolina along with the largely black congregation.  He sat there for an hour listening to the sermon, the prayers and the bible readings.  Then he took out a gun, chanted some racist, hateful, rhetoric and shot and killed nine people.  A crime, certainly, and Dylan Roof must be called to account and pay for that crime.

But, what information did Roof’s culture send to him that contributed to his crime?  Roof had posted photographs on the internet of himself holding the Confederate flag; a symbol of white supremacism during the American Civil War.  The Confederate flag is a symbol of slavery and white domination over black people.

Although the Civil War ended 150 years ago and slavery abolished, the Confederate flag still flies at South Carolina’s State Congress. (Note that since this blog was written the politicians have voted to remove the flag - ed) Is this one of the many messages that Roof’s culture sent him?  The message of white supremacism.  It appears so.

The second example is that of domestic and family violence.  In just about every culture in the world domestic violence is an ongoing issue.2  Wives, children, ex-partners are beaten and killed every day.  Again, the perpetrators of these crimes must be brought to justice.  In many countries of the world there are now programmes available to try to help perpetrators reform.

We still must ask: what are the information flows that exist in our cultures that contribute to domestic and family violence?

Until we begin to understand the interconnections and flows of information within cultural systems we will continue to see examples of hate-filled racist attacks and domestic violence within our cultures.  We will continue to see many other anti-social activities.  We have to start thinking systematically if we are going to solve these individual actions.  They don’t happen in isolation.

1. Donella Meadows, Thinking in Systems, Chelsea Green,Vermont, 2008
2. In the OECD the lifetime prevalence of a violence against women by an intimate partner range from 10% to 40% (www.oecd.org/social/family/database)
Posted by bruce meder at 15:10