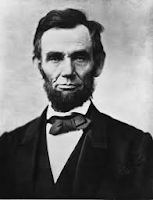 Seven score and ten years ago one of the world’s most famous speeches was delivered.  In the afternoon of Thursday, November 19 1863 Abraham Lincoln spoke for just a little over two minutes.  Lincoln’s now famous Gettysburg Address ended with these celebrated words:

President Lincoln was not the main oration of the day1; rather, his words were to be “dedicatory remarks.”  These dedicatory remarks have become almost the standard by which modern democracy is judged.  However, were Lincoln alive today, he may well be adding a question to the end of his words:

Representative democracy is becoming less and less representative, and world-wide people are beginning to ask why.   In Lincoln’s own nation Congress is dominated by lawyers (40% of members) and business people (20% of members)2.  Other nations show similar percentages.  The Australian Cabinet is composed of 42% lawyers3.  World-wide the percentage of lawyers becoming politicians is 20% followed by business people (16%).

This is changing though.  But the change is resulting in even less representation.  More and more of our politicians are “career politicians".  In other words, politicians who have no experience of anything other than politics.  Career politicians have increased in numbers rapidly since the 1980s.

The proportion of politicians who had previously worked in politics in 1940s Australia was just 1%.  By 2007 that had jumped to 28%4.  The US shows a similar trend.

Representative democracy is struggling to maintain its mantle of democracy, it has certainly lost its claim to being representative.

1. The oration (at over two hours) was given by Edward Everett who had been a US Senator, Governor of Massachusetts, Minister to Great Britain, US Secretary of State and President of Harvard University.
2. Nicholas Carnes, Does the Numerical Underrepresentation of the Working Class in Congress Matter? Duke University, 2012.
3. Matt Wade, Sydney Morning Herald, 21-22 September 2013.
4. Narelle Miragliotta & Wayne Errington, Legislative Recruitment and Models of Party Organisation, Journal of Legislative Studies, March 2012.

I am seeking feedback on this blogsite.  If you haven't done so before, would you please take a couple of minutes to fill out a brief survey for me.  The link is at the top of the page to the right, under the heading "Feedback please."