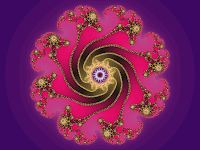 Karma is an extremely difficult concept to understand, especially for those of us with a western cultural heritage.  We tend to view karma as a form of retributive justice.  Thus, if I do something “bad” in this, or a previous, life then I will suffer later in this, or the next, life.  From this perspective, it becomes possible to look at someone who is suffering now and adjudge them as having done something in their past that is the cause of their present suffering.  We can also think, mistakenly, of karma as being synonymous with fate or predestination.

Yet, karma, at least from the understanding that the Buddha left us with, is somewhat different.
Although karma can be thought of as providing an explanation for present suffering, it is not the only cause.  The Buddha made reference to a number of other possible causes of events or experiences in our present lives, including physical, biological, and environmental causes.

The concept of karma had been around long before the time of the Buddha.  The Buddha, however, emphasised the element of cetana (translated as volition, motivation,  or intention.)  An illustration of this is to think of two people plunging a knife into another persons chest.  One of these persons is a murderer and does so with the intent to kill the other.  The second is a surgeon and does so with the intent to save the life of the other.  The actions are similar, yet the intentions are vastly different.

Thus, intentions, and state of mind are given more weight than the action and the result.  For those of us brought up in a western culture that emphasises outcomes this can be difficult to fully grasp.


Returning to the idea that showing compassion in the face of karma is a waste of time and effort, we must ask ourselves: what karmic future are we creating for ourselves if our present intention is to show a lack of compassion?
Posted by bruce meder at 20:08