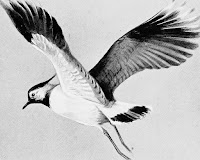 Empathy – the ability to understand and to feel the emotional state of another.  Sounds like a helpful state to be in doesn’t it?  Perhaps it is, perhaps it isn’t.

Empathy can lead towards healthy states of understanding – except when it doesn’t.  Sometimes it can lead towards aggression and even violence.  “What?” I hear the cries.  “How can empathy lead towards violence?  Surely stepping into the shoes of another leads us to understanding their situation more clearly and hence to trust them as if they were ourselves?”  Yes, I can hear those questions of doubt.  I had them too until I came across some research that suggests that empathy can, indeed, create harm.

The conundrum arises when the person whose shoes we are stepping into is a victim.  With an empathy for that person we can come to identify with them and their pain so much that we want to right the wrong, perhaps even to the point of inflicting violence on the perpetrator.

History abounds with instances of empathy dissolving into righteous anger and violence against perceived perpetrators of oppression, exploitation, or simply disregard of another.  When the invasion of Iraq was being planned, one of the methods used to get support for the invasion was stories of the abuses committed by Saddam Hussein and his sons.  We empathised with the victims and became complicit in the invasion of Iraq as a a result of our empathy.

Our criminal justice systems are awash with this phenomenon.  A young man punches another in a drunken brawl on a Saturday night, the victim sustaining broken teeth and a fractured jaw.  Our empathy for the victim leads us to wanting the offender to be locked up and punished because of the compassion we now have for the victim.

Our compassion in each of these examples leads us to aggression and violence (of varying degrees) towards the perpetrator of the abuse.  The justification for such aggression can be argued back and forth, and I do not intend discussing that here.  What I do want to point to is that our empathy can become so attached to a victim that we may even wish an aggressive response towards someone who is not the perpetrator – even towards someone who is removed from the situation.  This is the research carried out by Anneke Buffone and Michael Poulin and reported in the Personality and Social Psychology Bulletin.1

In their research Buffone and Poulin told experiment participants that two (fictional) strangers were to take a test that if they won would give them a financial reward, whereas the other would receive nothing.  The participants in the study pre-read an essay by one of the two fictional competitors in which they talked about the financial and other hardships they were experiencing.  One half of the participants read an essay in which the concluding remarks were fearful with the fictional person wondering “What if I need to pay for something else I didn’t expect?”  The other half read the same essay except that the concluding remarks were hopeful and claimed “I’m pretty sure things will get better soon.”  The participants then had the opportunity to administer pain (by way of getting the fictional competitor to eat hot sauce) on this person’s competitor, should they wish to do so.  The researchers discovered that participants were likely to administer the ‘hot sauce’ treatment to the competitor of the person experiencing financial hardship – even though that person had no relationship with the other and had nothing to do with the supposed hardship of the other.  The likelihood of the participants administering the ‘hot sauce’ was increased in the case where the essay concluded on a fearful note.

This research suggests that our empathy can lead us towards an aggressive response towards someone unassociated with a victim.  Thus, our compassion for a victim could lead towards creating further victims.  We see this occurring too.  The current anti-Muslim crusade in the wake of terrorist attacks is a highly visible one.  Muslim people are becoming victimised, even though they have nothing to do with the perpetrators of terrorism.

So, what to do about empathy?  The first thing we can do is to understand that everything is connected and that there cannot be a single pathway towards social justice.  Empathy is not a single pathway.  Many centuries before Buffone and Poulin carried out their research the difficulty of working with empathy on its own had been given consideration by Zen Buddhist monks.  Within that practice there is a saying that “For the bird of enlightenment to fly, it must have two wings: the wing of wisdom and the wing of compassion.”

Acting only from a sense of compassion, fuelled by our empathy, we can easily lose ourselves in aggression, a desire for retribution or even violence.  We need to fly with both wings.  The wing of wisdom allows us to bring a full understanding to events and situations.  Wisdom allows us to see the big picture, to recognise the inter-connections, to appreciate our common humanity.  Yet, wisdom alone can become dispassionate, detached or aloof.  Traditional western thinking separates compassion and wisdom, the former being consigned to emotional states and the latter primarily of an intellectual nature.  Eastern psychology (as exemplified in the Zen saying) recognises that the two “wings” are required to allow us to fly.

When we fly in such a way we do so with grace and purpose.  We fly with greater awareness.