Why Wait for the Revolution? 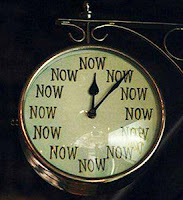 Just a short musing this week.

Many years ago when I was a young, idealistic, impatient activist I recall attending meetings of groups committed to social justice or similar causes.  In many of these groups we discussed our vision for the future, and compared the present times with the times that were to come “after the revolution.”  Those three words – after the revolution – may not have been expressly said, but the sentiment was there.  Somehow, after all the strategies, goals and objectives had been completed then the world would be a much better place.

What was this new world going to look like?  It was going to be more egalitarian, there would be no sexism, no racism, no oppression of any form.  People would be tolerant, caring, and loving.  The world would be full of joy, happiness and contentment.  War would cease, peace would break out.

I remember thinking at the time that there was something odd about waiting for this new world to appear.  Why can we not do this now?  I said to myself.  And I did just that – kept it to myself.  I didn’t share my doubts.  I feared ridicule.  I feared being told that I did not understand the dynamics of social change.

That journey has led me back to the same thought.  Why wait for the revolution?  Why not do this now?  Why not be this now?  The difference now is that I am unafraid to speak this out, to declare it.  I am not fearful of being ridiculed or told that I do not understand.

Of course the other aspect to this question of “why wait for the revolution?”  concerns the word revolution itself.  It is an unfortunate word.  It brings with it connotations of overthrow of governments, bloodshed, violence, upheaval, pogroms, retaliation, reprisals and ultimately, a replacing of one form of oppression with another, one set of oligarchs with another set.

This understanding may be the most revolutionary thinking that any of us can do.