It's An Anthropogenic World 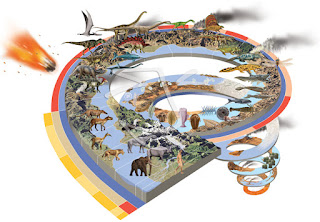 Clearly the act of aggression between one state and another, or that of one sector of society on another, is human induced.  It can scarcely be thought of any other way.  Human beings have been at war with one another for centuries.  Humans have decided to resort to violence to settle disputes.  War and terrorism are anthropogenic occurrences.

Most refugees are fleeing the ravages of war.  Whether it was the mass exodus during World War II or the current flow of refugees from Syria and other war-torn countries in the Middle East or Africa, conflict is the major reason someone becomes a refugee.  Refugees become refugees because of the actions of human beings.  The refugee crisis is an anthropogenic one.

Jorgen Randers (Norwegian Business School) has calculated that the current species extinction rate is 1,000 times that of the natural rate.  His calculations show that we are losing 100 species of flora and fauna every day, mainly because of our human desire for timber, soya, palm oil, and beef.1  Illegal wildlife trafficking is further contributing to this rapid decline.  Again, this is all from human causes – anthropogenic.

The latest Oxfam report of global inequality shows that just eight men own as much wealth as the poorest half of the planets population – 3.6 billion people.2  The French economist, Thomas Picketty, points out in his widely acclaimed book, that this inequality (both between nations and within nations) has been rising rapidly since  the early 1980s.3  This rise in inequality is not because of some externality – it is because of human activity.  Whether it be squeezing the wages of working people whilst increasing the salaries of CEOs exorbitantly, large transnational corporations paying little or no tax, or corporations using their wealth to influence regulations in their own interest and not that of ordinary citizens; it is all by human agency.  Economic inequality has anthropogenic causes.

Roughly one-third of all the food produced annually for human consumption is wasted.4  In OECD countries, more than 2 kg of waste is produced per capita each and every day – 800 kg per year.5  In some countries the average per capita waste per year is around 1.3 tonnes.  What’s more – OECD consumers are throwing away 35% more wast now than they did in 1980.  Human beings produce the stuff.  Human beings throw it away.  Anthropogenic waste production!

Another term that has entered the conversation relating to our role on earth is wetiko.  Wetiko is an Algonquin word describing the European conquerors who arrived in North America with a mean spiritedness of greed, excess and self-centred consumption.  Within the word is a sense of lack of empathy – both for other humans and for the earth.

When the concerns such as climate change, war/terrorism, refugee crises, species extinction/biodiversity loss, economic inequality, and waste are seen are understood as being anthropogenic it is easy to appreciate how the two terms, anthropocene and wetiko, have come to be associated with the way in which humans treat one another and the earth.

With this understanding, and the full comprehension of these two terms, then the questions we need to be asking ourselves are not ones of: what do we do? or how doe we solve this?  The questions we must ask ourselves are questions such as:  who are we?  what is our nature?  These are questions related to our psychology (individual and collective), our consciousness, and ultimately, our very humanity.

Are we prepared to ask such questions?