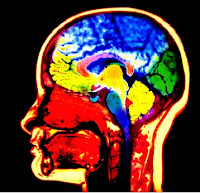 Albert Einstein is credited with one of the most oft quoted sayings in the world.  I will quote it again here, although it appears that Einstein didn’t actually use the words the way they are quoted:1

These words have become more and more critical as the years and decades have passed.  The telegram from which they have been abstracted was sent seventy years ago at the height of nuclear tensions.  We still live with the threat of nuclear terror.  Additionally we face new issues, problems and concerns: environmental degradation, rising inequality, terrorism, refugee crises, climate change, rapid urbanisation to name but a few.  What is more is that all these are interconnected and the world is becoming increasingly complex.

We are still using the same thinking that Einstein and the others of his committee referred to in 1946.

Perhaps enabling citizens and communities to recognise their collective creativity is one of the most fundamental tasks that a community worker can undertake.  If we critically appraise the roles that our world leaders take on we must conclude that acting creatively is not one of them.  It is up to us.  The creative opportunities arise from the bottom, not from the top.  Creative opportunities can be found on the margins, not from central decree.

One of the biggest blocks to creativity is the belief that creativity applies only to artists, musicians, potters, writers, dancers, actors or other such people.  We all have creative potential.  The notion of the left brain-right brain duality has sadly contributed to this cultural myth.  And it is just that – a myth.  Our brains are actually a lot more complex than the simple dualism of right brain – left brain that much of popular psychology has led us to believe.  Indeed, activities like creativity (and rationality for that matter) are more whole-brain activities.

In the 1960s scientists cut the structure (corpus callosum) that connects the left and right brains of epilepsy sufferers in an attempt to cure them.  They then looked at what sides of the brain were involved in language, maths, drawing etc., and found that one side was more likely to be involved in some functions than the other.  Popular psychology took this to mean that we are all either left brain dominant or right brain dominant.  But this failed to recognise that the experiments were with unconnected brain hemisphere, and neuroscientists have never held to the left-right brain myth.  In 2013 researchers at the University of Utah studied the connected brains of more than 1,000 people and found that,2

Our culture, unfortunately, would rather we considered ourselves as consumers or producers, rather than as creators.  The first step towards taking back our creative power is to break down the myths and stereotypes.

A further hindrance in our creativity is our fear of failure.  In fact, fear of failure has it’s own word – atichyphobia.  Symptoms of atichyphobia can include; a reluctance to try anything new, anxiety, a low sense of worth, or perfectionism (whereby we are willing to do only those things that we know we can succeed at).  But we know from a number of historical episodes that failure can often lead to great success.  Here are just two such cases:

Thomas Edison, the inventor of the light bulb, reputedly tried 1,000 different filaments for his light bulb, none of which worked. The story goes that a journalist queried him on this and asked why he didn’t give up after 1,000 failures. Edison famously replied “I haven’t failed 1,000 times, I’ve just proven 1,000 ways in which it doesn’t work.”

Michael Jordan is credited with being the greatest basketballers to have ever lived. Here is what he had to say about failure and success:


“I have missed more than 9,000 shots in my career. I have lost almost 300 games. On 26 occasions I have been entrusted to take the game winning shot, and I missed. I have failed over and over and over again in my life. And that is why I succeed.”

When it comes to collective creativity there are some further blocks that get placed in the way, amongst them:
Next weeks blog piece will look at some of the tools and techniques for fostering our creativity.

Notes:
1.Einstein was the Chairman of the Emergency Committee of Atomic Scientists who sent a telegram to hundreds of prominent Americans in May 1946, in which the following phrase was used: “…a new type of thinking is essential if mankind is to survive and move toward higher levels.” This telegram came in the wake of the dropping of the atomic bombs on Hiroshima and Nagasaki and at a time of heightened nuclear tensions.  Somehow that extract from the telegram came to be attributed to Einstein himself and re-formatted to the quotation about not being able to solve problems with the same thinking that created them.  Certainly, when Einstein was interviewed a few months later he reiterated the quote from the telegram and said to the interviewer (Michael Amrine) “We must abandon competition and secure cooperation.”

Email ThisBlogThis!Share to TwitterShare to FacebookShare to Pinterest
Labels: Creativity