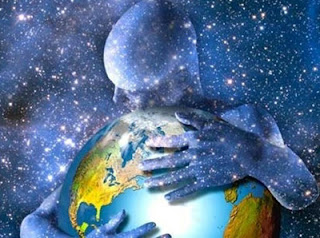 “I don’t want you to fix it, I just want you to listen to me.”  How many men have heard these, or similar words, from their wives, lovers, partners, daughters, or mothers?  The female desire for connection and true listening, and the male wish to fix things, or find a solution to the perceived problem, could just about qualify as the single most prevalent source of communication breakdown in male/female relations.

The generalisations inscribed in the above paragraph should not be read to suggest that only women desire a listening connection, nor that only men wish to fix things.  People lie all along the male-female continuum.  However, the desire to fix things, and to solve problems, is more readily associated with men.

No matter how this came to be, no matter what evolutionary or other cultural driver led to this state, men (and women) are now understanding that listening is at the heart of true communication.  The skills, techniques, and methods of active (or creative) listening are being learnt, understood, and practiced more commonly than they were just half a century ago.  As these skills become more widespread the possibility of communication breakdown between the sexes lessen.

What if we broaden the perspective?  What if we explore the “desire to fix” beyond that of male-female communication?

Could it be that the desire to fix things, the desire to “solve” perceived problems is one of the drivers that have led to the problems we have today?  Are we caught in a circular trap of our own making?  Does fixing things lead to even greater problems than those we thought we were fixing?  What if the problems we are fixing aren’t problems at all?  A couple of examples may help flesh this out.

Not so long ago, in the the 19th century, we moved from point A to point B on foot, horseback, or horse-drawn buggy.  This was considered to be a problem.  The solution was to invent the internal combustion engine and the motorcar.

Today, less than two centuries later, we are now faced with the ramifications of that “fix.”  We have traffic congestion.  We have enormous tracts of land tied up in roads and parking lots.  Globally, more than one million people killed every year in traffic accidents, and a further 50 million injured.  We have pollution problems from vehicle emissions in many of the world’s cities.  And, of course, we have greenhouse gas emissions contributing to perhaps the greatest global issue humanity has ever faced.

In the aftermath of 9/11 the US convinced or coerced some of its allies into the “Coalition of the Willing”1 to invade Iraq and to hunt down its President, Saddam Hussein.  This was a classic “fix it” approach.  What were the perceived problems?  Saddam Hussein, weapons of mass destruction, terrorism, Islamic militants.

However, Bush, Blair, and others were determined to “fix it.”

Now, more than a decade after the “fix it” solution was applied we have a part of the world that is torn apart by internal strife, the continued presence of military action from other nations, and a massive humanitarian crisis.  Fixing the perceived problems only exacerbated them.  Terrorism is not only increasing (nine times as many people are killed in terrorist actions now than in 20003), it is also spreading (the number of countries experiencing more than 250 deaths per year from terrorist attacks has quadrupled since 2000.

Notes:
1. Three nations (the UK, Australia, and Poland) joined the US in sending armed soldiers into Iraq.
2. Estimates of numbers include 3 million in Rome, 2 million in London, and many thousands more in over 600 cities worldwide.  The 2004 edition of the Guinness Book of World Records cited the demonstrations as the largest mass protest movement in history.

3. More than half these deaths are in just two nations: Iraq and Nigeria.  Almost 60% of all terrorist attacks occur in just five countries: Iraq, Afghanistan, Pakistan, Nigeria, Syria.  Source: Global Terrorism Index 2015, Institute for Economics and Peace.
Posted by bruce meder at 12:14