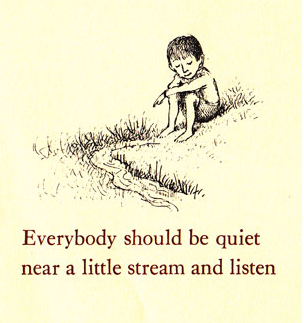 We’ve had Earth Hour, just a few weeks ago.  Earth Day is coming up on April 23rd.  Earth Day has been an annual event for even longer than Earth Hour – the first Earth Day having been held in 1970.  It is celebrated in almost 200 countries and by over one billion people.

So, since 1970, that’s 45 Earth Days and 9 Earth Hours – approximately one-eighth of an Earth Year.  Have we learnt anything?  Have we changed anything?  Lets see:

Thus, there are signs that things are getting worse and also signs that things have a chance to improve.  However, it will only be when we begin to recognise Earth Moments that we might begin to see a real change taking place.  On Earth Day we can think of the earth for a day and undertake some action for the earth.  Even during Earth Hour we can switch off the lights and consider replacing the bulbs with energy-efficient bulbs or moving towards a renewable source of electricity generation.

An Earth Moment though obliges us to consider the earth now: right here and now, not in some ideal, possible, hopeful future, but right NOW.

Many of the world’s sages and spiritual leaders have been reminding us, also since 1970, that it is our unwillingness to be mindful of the present that compels us towards actions that are damaging for the earth.  In a consumer society that is focused on the next bigger, brighter or better thing, finding time to consider the impact upon the earth becomes less and less.  We don’t have the time; we have to catch the bus in order to get to work on time, so that we can get more money to pay for the luxuries and trivialities that we think will make our lives satisfying.

A moment is defined as “a brief, indefinite, period of time.”  When we slow down and pay attention to our moment, we begin to understand and recognise the connections between all things, we start to appreciate that I and you are not separate but rather, intimately connected.  We begin also to realise that we are not disconnected from the earth, that we are the earth and the earth is us.  Thich Nhat Hanh put it this way:

In becoming mindful of each Earth Moment we become mindful too, of the connections between the way in which we treat the planet and each other.  We understand that acting to save the planet is no different to that of acting to save a child from child abuse or from acting to put a stop to the use of violence to resolve conflict.  Nor, for that matter, is it any different to acting to take care of ourselves, and to heal ourselves.

Yes, let us celebrate Earth Day, let us switch off the lights for Earth Hour, but let us primarily be mindful of each and every Earth Moment.
Posted by bruce meder at 19:06

Email ThisBlogThis!Share to TwitterShare to FacebookShare to Pinterest
Labels: Sustainability, Values and attitudes