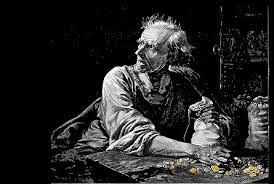 If you want to be compassionate and trusting, don’t study economics.  At least that is the conclusion 1 of Robert Frank – an economist himself.

Frank has looked at the patterns of giving to charity, personal gain, and the acceptance of greed and concern for fairness amongst economics professors and students in the US, Germany and Switzerland.  What he found is disturbing:
Why should this be?  Is it that the teaching of economics inculcates such ideas and values?  Or is it that there is a predisposition by students with such ideas and values towards the study of economics?  There is evidence for both of these questions to be answered in the affirmative.

No matter whether the students are inculcated or predisposed the phenomenon is troubling.

Well over 200 years ago Adam Smith (the so-called “father of economics”) wrote that “it is not from the benevolence of the butcher, the brewer, or the baker, that we can expect our dinner, but by their regard for their own interest.”  In other words, according to this foundational economic theory, we are all selfish at heart and look out for our own best interests ahead of others.  Smith’s theory was that by doing so the good of all would be provided for.

One hundred years later Smith was followed by the theories of Charles Darwin which seemed to be suggesting a similar theme: the “survival of the fittest.”

Darwin, at least (I’m uncertain of Smith) was misquoted and mis-interpreted.  Darwin, for instance, was troubled by2, and pondered, the role of altruism in evolution and came to the conclusion that altruistic humans would not be successful at passing on their genetic material.

What does this mean for the study of economics?  Much of western economics is still premised on Smith’s self-interest model.  Could this be because the model acts in the same way as a self-fulfilling prophesy – a perpetual cycle of fallacy?

A Model to be Challenged

If students of economics are inclined towards greed, corruption, and unfairness, then they are more likely to find that their cohort will share those values and cannot but help but perpetuate Smith’s self-interest claim.  If, on the other hand, economics students are taught the self-interest model of Smith, then it is understandable that they will incorporate the values of greed, unfairness and non-compassion within their own moral framework.

This suggests that Smith’s basic theory has little chance of being challenged from within the economics profession.

But, challenge it we must.  Since the 1980s the notion of self-interest has not just been a feature of the prevailing economic theory – it has become the predominant idea and possibly even the goal of economic activity.

Self-interest has led to gross inequalities between and within nations, a disregard for the carrying capacity of the earth, financial crises, and a rapid increase in CO2 emissions.

And, it is all based on a flawed theory.

Email ThisBlogThis!Share to TwitterShare to FacebookShare to Pinterest
Labels: Economics, Values and attitudes