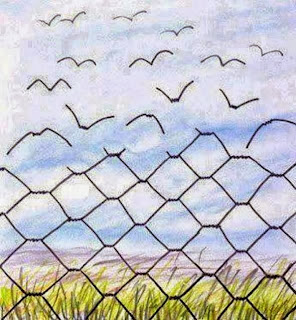 The cry for freedom has rung out over the centuries.  Many social justice campaigners call for freedom.  Freedom occasionally gets listed amongst the goals of Community Development.

But, what is freedom?  In today's neo-liberal climate freedom seems to be equated with “let me do what I want, when I want, how I want, without outside interference.”  Such a notion of freedom is highly individualistic.  This voice of freedom begins and ends with me, the ego.  It shouts: “I want, I need, I get.”

This individualised freedom quickly leads to:
Yet this is not always how freedom has been posited.  Many of the early philosophers of freedom recognised that freedom required a freedom from domination, exploitation and injustice.

Borrowing from some of these early philosophers, freedom came to embrace the call for independence in many settings; from the French Revolution and the American Declaration of Independence to the feminist and indigenous rights movements of the latter half of the 20th Century.
These calls for independence recognised that domination and exploitation were impediments to freedom.  Understanding that necessitates a rejection of the highly individualistic notions of the present neo-liberal slant on freedom.

Many of those now working within social justice settings, and more especially in environmental fields, are now understanding freedom in other ways.  Underlying the new thinking on freedom is the growing awareness of the inter-relatedness, the inter-dependence and the mutual co-existence of all things.

With this understanding there is no possibility of an individual detached from their surroundings or environment.  Nor can there be independence, for everything is connected to everything else.

So, in a world of inter-dependence and inter-being (to borrow Thich Nhat Hahn’s term) what does it mean to call for freedom?

Simply, it means recognising and accepting this inter-connectivity and understanding that one persons freedom is conditional upon that of all others.

A further word that in many peoples minds is a synonym for freedom is the term liberty.  Today, we must understand liberty to mean not just a liberation from the domination and exploitation of others, it must also mean liberation from out-dated, unhelpful ideas, concepts and world-views.

It means letting go of our sense of the independent, ego-centric self.  Doing that allows us to transcend and incorporate both the desire for independence, yet appreciate our uniqueness.  When we do so we might truly claim to be free.
Posted by bruce meder at 10:56