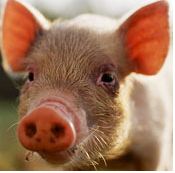 There is a disturbing practice that is appearing more and more within the community development and social service fields.  It goes under the rubric of “accountability.”  Being accountable for one’s actions is necessary, however, being hamstrung by innumerable, frequent and often ill-advised measurements and forms of accountability is neither necessary nor warranted.  Accountability is not a problem, unless one or more of the following issues become involved.

Garth Nowland-Foreman, a New Zealand based researcher and educator in NGO work, has commented that


“…even when accountability requirements are perfectly aligned with organizational mission, it can subtly sideline and shift responsibility away from “legitimate” governance structures of the organisation’s board and members. (This)... is likely to expose the organisation over the longer term to greater risk of accountability failure.”1

This over-exuberance for accountability has been likened to spending so much time weighing the pig, that there is little time left for fattening the pig.

So, are accountability requirements putting in jeopardy the very outcomes that those requiring accountability are seeking?  Sadly, the answer could be “yes!”

For many community based organisations one of their prime objectives is to increase community participation and engagement in civil society.  They may achieve this through a parents and toddlers playgroup, an art therapy course or an alternative education school for disengaged youth.  Irrespective of the outward appearance, all are attempting to engage people in their respective communities.

Yet, as a one-day workshop at Oxford University in 2011 reported, participatory skills and results “are increasingly less valued than the ability to set targets, monitor progress against plans and report ‘results delivered’ in quantitative terms.”2

The requirement by funders, government agencies and politicians for greater accountability on the part of NGOs displays a worrisome imbalance, verging on dysfunctional, in the relationship between them.  By forcing NGOs to adopt particular accountability measures funders and others display a lack of trust in NGOs.  This is the age-old mentality of we-know-what’s-best that ignores the possibility that NGOs know themselves what it is that they are trying to achieve and how to go about monitoring their performance in achieving that.

In the world of social relationships and complex inter-connections results of interventions can take years, sometimes decades, to become manifest.  Indeed, results may not be noticeable until well after the programme or project has been completed and years after the last of the funder’s dollars has been spent.

A story about a Chinese diplomat comes to mind.  At dinner one evening, a French diplomat seated next to him decides to engage in small talk.  “Tell me, Monsieur” he says, “do you think the French Revolution was a success?”

The Chinese diplomat sits back in his chair, thinks for a few seconds and then slowly responds “hmmm… too early to tell.”

Let us not get too excited about weighing the pig.  Let’s fatten it up first.3

1. Nowland-Foreman, Garth. Dangerous Accountabilities: remaking Voluntary Organisations in Someone Else’s Image, paper presented to the 29th Annual Conference of the Association for Research on Nonprofit Organisations and Voluntary Action, New Orleans, 16-18 November 2000. p5.
2. A perfect storm: what happens to women in the context of the perverse incentives of development aid funding, A one-day workshop convened at Oxford University, 5 February 2011.
3. With apologies to Animal Rights Activists.  This is a metaphor only.
Posted by bruce meder at 14:50