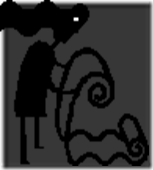 I’m a Baby Boomer.  I was born seven years after the Second World War.  I entered my teenage years during the 1960s.  By the late 1960s I was reading Kerouac, Hermann Hesse and Graham Greene.  I was listening to the Beatles, Rolling Stones and Bob Dylan.  I was attending poetry readings by Sam Hunt and Gary McCormack and hearing the rhetoric of student radicals like Tim Shadbolt1.

Like Tim, I was becoming incensed by the injustices of the ill-conceived war in Vietnam.  One Summer holiday I began reading the daily newspapers and watch television news more than I had before.  And there, in front of me, was the atrocity of that war summed up in one village massacre – My Lai.  The power of mass, world-wide communication, via TV, had arrived.  Today, some 50 years later, television may seem normal (or even “old hat”), but as a 17 year old in 1969, it was a window to the world.

Attending University in the early 1970s steepened my learning curve.  The world wasn’t a paradise, it was full of social injustice.  The Vietnam War was a stimulus for what seemed like monthly marches or demonstrations.  I learnt about the apartheid system in South Africa and later about the appalling statistics of indigenous people (Maori) in my own land.  I was confronted with the benefit of being a male in a male-dominated society.  Books discussing ecology and environmental issues began to be published on a regular basis.  The World’s first green political party – the Values Party2 – was formed under my nose.

Yes, I was having my consciousness raised.  Yes, I was confronting my sexism.  Yes, I was signing the Maruia Declaration.  Yes, I stood as a candidate for the Values Party.  Yes, I sat in the wharenui (meeting house) at Bastion Point3.  Yes, I campaigned for a Non-Nuclear Future.  Many of us did, there were thousands in the streets, hundreds of thousands signed the Maruia and Non-Nuclear Futures petitions.  Yes, we were all looking forward to a bright, optimistic, free and equal society.
But somewhere, Gen X and Y, we got it wrong.  We should apologise for that.

That television that was our window on the world was a two-edged sword.  Not only did it allow us to see the world, but it also allowed the world to invade our space.  Although globalisation had been occurring throughout the preceding millennium, the world in the 1960s and 70s was about to enter a new form of globalisation.  The globalisation of greed, ill-will and cultural imperialism.

We didn’t see it coming!

What we failed to see clearly was the development not just of globalisation as material improvement but that it also became (from the 1980s onward) an ideology.  Espoused notably by Margaret Thatcher in the UK and Ronald Reagan in the US, neo-liberal globalisation had two primary tenets: deregulation and privatisation.

Those twin pillars of globalisation led to; some 2/3rds of the world’s trade being accounted for by just 500 transnational corporations (TNCs), a hugely increased gap between rich and poor, lack of accountability leading to environmental degradation, laying off of hundreds (sometimes thousands) of workers when companies are “rationalised”, growing debt (and the servicing of that shifted to those not benefiting from the loans).

Yes, Gen X and Y – we did it.  We Baby Boomers created this monster from within our own ranks.  Like Mary Shelley we created new life but failed to see that the life we were creating was a monster.  As in Shelley’s Frankenstein, the monster is out and sadly has not been seen for what it is.  National governments, the World Bank, the IMF and especially TNCs, refuse to acknowledge the monster.  Instead, they continue to trot out the neo-liberal theory as if it was working.

But it’s not.  George Monbiot (another Baby Boomer) has rightly pointed out the absolute failure of the theory.  We can see it now, I’m sorry Gen X and Y, that we didn’t see it earlier.  We have burdened you Gen X and Y.

I must apologise further, for to this burden of corporate globalisation we Baby Boomers are adding a further burden by our very own existence.  We Baby Boomers are becoming senior citizens, superannuants and pensioners.

When we were your age there were approximately 7 people of working age for every person aged over 65.  Today there are 5 and within your lifetime that is expected to decrease to just 2.5 by 20504.  Yes, we are going to be a burden.

So, I write this letter of apology to Generation X and Y.  I and others of my cohort can apologise, but can we offer anything in return?  I believe we can.

If nothing else, I think we have learnt something, and maybe, just maybe, we can pass that learning on to you before it is too late.

P.S. I will write you another letter suggesting some challenges you will have to face.

1.  Sam Hunt and Gary McCormack are well known New Zealand poets influenced by the beat movement and counter-culture of the 1960s and 70s.  Tim Shadbolt became the face of student protest in the late 1960s earning the ire of politicians throughout the country, writing a book (Bullshit and Jellybeans) and eventually becoming a long-time Mayor of two cities.
2. The Values Party was formed in 1972 by Tony Brunt and in its first electoral contest just six months later obtained 2% of the vote.
3. The Maruia Declaration was a petition aimed at protecting native forests from logging.  Bastion Point was the site of an occupation by Ngati Whatua (the traditional tribal owners) of disputed tribal lands in 1977-78.  After an occupation of 507 days the protesters were evicted by police and ten years later the land was returned to Ngati Whatua and an apology made to the traditional owners.
4. Figures are for Australia and New Zealand.
Posted by bruce meder at 13:25