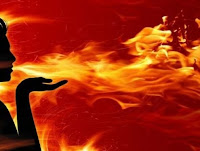 In late July 2022 Seville, in southern Spain, suffered with a heat wave. The city had only recently introduced a 3-tiered measurement for heat waves, with 3 being the most severe. This heat wave attained the Tier-3 category. The heat wave was also the first in the world to be given a name (like tornados, hurricanes, typhoons etc) – an indication that the authorities in Seville expect to have other heat waves deserving of a name.

This heat wave was given the name Zoe.

In mythology, Zoe is known amongst the Greek Gnostics as having a fiery breath. Zoe certainly breathed fire over Seville and the rest of Spain during the month. Indeed, the whole of Europe underwent severe heat waves, resulting in an estimated 12,000 + deaths between June and August.

Other cities are also implementing heat wave categories and considering naming them (in an alphabetically backward manner) as has Seville.

Heat waves raise the risk of stroke, kidney and heart problems, as well as directly causing heat stroke and dehydration in people.

And, scenarios such as this will only get worse. The latest IPCC1 report (finalised in February 2022) noted that there will be a “very likely increase in length, frequency, and/or intensity of warm spells or heat waves over most land areas.”

Ominously, the authors of that IPCC report were “highly confident” of the “very likely increase” in south-west, south, and east Europe. Seville is almost as far south-west in Europe as it is possible to get!

Seville, Spain, and Europe are not alone. Severe heat waves have occurred in Australia, many parts of South America, India, Pakistan, the U.S., China, and Japan – since the beginning of 2022.

Heat waves do not affect human populations only. We know that heat waves can cause mass die-offs amongst some animals (birds and mammals in particular.) Even for surviving members of species heat waves have a tremendous cost. Heat waves can damage the DNA of nestling birds in the first few days of their lives, meaning that they may die younger and produce less offspring.2

What can we expect after Zoe?

The name Zoe means life. Zoe’s children are more likely to take life, than to give it.