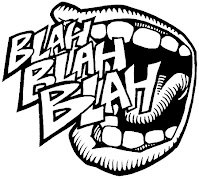 The Right to Freedom of Expression and Speech seems to be an indisputable one doesn’t it? After all, it has been a right for centuries. France’s Declaration of the Rights of Man and of the Citizen adopted in 1789 during the French Revolution declared it an inalienable right. Two years later, the First Amendment to the United States Constitution protected freedom of speech.

In 1948, the United Nations General Assembly adopted the Universal Declaration of Human Rights – Article 19 of which declares that, “Everyone has the right to freedom of opinion and expression.”

Underlying this insistence is the assertion that the individual is paramount. “My rights,” we hear, “are inalienable, and shall not be impinged upon by society.”

The cult of the individual is very much a westernised one. Although, even in western cultures it may be only fairly recent. Alexis de Tocqueville, writing in 1856, said that individualism was “not a word used by our ancestors, for no one could rely solely on themselves to survive and prosper.”1

More recently, individualism has grown another limb – that of Toxic Individualism. Having a belief in oneself, or a self-reliance, is one thing, but that sense of self becomes toxic individualism when an individual refuses to recognise or understand the impact one has on the lives of others and their community.

Several non-westernised cultures have a differing understanding of what it means to be an individual. The individual is not separate from, nor separate to, other people or nature. The Vietnamese Buddhist monk, Thich Nhat Hanh, recognises that “I am, therefore you are. You are, therefore I am. We inter-are.”

This concept of inter-connection and non-separation is quite different to the westernised idea of the individual as standing apart.

The recognition of inter-connection has, as would be expected, a bearing upon speech. Less emphasis is given to Right of Speech and more given to Right Speech.

Right Speech is given prominence in the 8-fold path of the Buddha. Although often translated as right, the Pali word samma, could also be translated as best, wise, skillful. Indeed, such translations may be the better ones, as the word right has unfortunate associations with one side of the right-wrong dualism.

If we consider the concept of Wise Speech, Skillful Speech, or Best Speech, we begin to understand the impact our speech can have on those around us, and even upon ourselves.

When the Buddha introduced the 8-fold path, he also spoke of the connection between thoughts, words, deeds, and character. The following poem encapsulates the Buddha’s ideas, although the derivation of the poem is disputed:

“The thought manifests as the word;

The word manifests as the deed;

The deed develops into habit;

And the habit hardens into character;

So watch the thought and its ways with care;

And let it spring from love

Born out of concern for all beings.

As the shadow follows the body,

When we speak our words have effects. (If they did not, why would we speak them?) Often we can see the effect our words have had, after we have spoken them. It is as though we watch the ripples flowing behind us in the wake of the ship we are steering. Once the wake has been made, we can no longer control the ripples. Yet, we also have the option to understand the ripples we make, before we make them. This is the bow-wave of our ship. The wake that precedes us. To be a-wake literally means to be so attuned to the wake we are creating that we fully understand its ripples.

What if we were to be mindful of Right Speech as we proclaim our Right of Speech? Would we see the divisiveness, the hatred, the bigotry, and the prejudices we see, and hear, today? Maybe, although I suspect there would be much less. And in that lessening, we might create a space for us to truly listen to one another. We might enter a deep listening, similar to that which Thich Nhat Hanh hopes for:

“Deep listening is the foundation of Right Speech. If we cannot listen mindfully, we cannot practice Right Speech. No matter what we say, it will not be mindful, because we’ll be speaking only our own ideas and not in response to the other person.”

Right Speech does not suggest that we give up our Right to Speech, only that we use it wisely.

2. This poem has often been attributed to the Buddha, yet it does not appear in any of the early Buddhist texts. The origin remains uncertain, although many Buddhists would say that the sentiments are those of the Buddha, even if the Buddha did not say them. Other scholars suggest the poem may be of Christian origin from the 19th century.