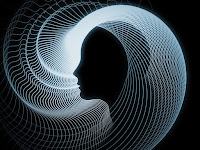 Will the human race survive the Anthropocene Extinction – the sixth mass extinction?  It’s debatable.  And, what threatens our chances of survival?  This blog names our second biggest threat.

Covid?  The current (this blog written in August 2021) pandemic sweeping the world may or may not be the precursor to other more virulent pandemics to come.

No, covid is not our second biggest threat.

No, not even climate chaos is our second biggest threat.

No, ecological overshoot is not our second biggest threat.

Our second biggest threat is our increasing polarization, and, along with it, our seemingly diminishing ability to communicate with one another.

This current covid pandemic is a glaring example of our inability to engage with one another in mutually respectful, and creative ways.  Take a look at social media posts about covid.  Two primary ‘camps’ seem to have formed.1  In one camp are those who say we must all wear masks, get a vaccine, accede to lock-downs.  The other camp comprises those who say all the restrictions threaten individual rights, and that the vaccines are dangerous.

In short, each camp has proponents who are unwilling to engage with the other.

That is the threat.

If we are unable to engage with each other, without descending into name-calling and judgemental accusations, then there is very little chance that we can find any passage through the threats of climate change and ecological overshoot.  And, without that ability to engage with one another, we will not survive the Anthropocene Extinction.

The inability to engage with one another, though, is itself a symptom of the second biggest threat.

Again, covid is a very good marker of this trend to further and further polarization.  Each of the camps referred to above seem to be becoming further and further entrenched in their own ‘truth story.’  Each seem to be retreating into an echo chamber, wherein those who disagree are kept outside (defriended on facebook for example) and more and more evidence for their viewpoint can be found within the echo chamber.

Covid is only the latest example of this increasing polarization.  In a disturbing piece of research published in 2015, researchers in the U.S. tracked the level of cooperation, or lack thereof, between Democrats and Republicans in the U.S. House of Representatives between 1949 and 2012.  The results (see diagram) are revealing.2  Polarization has been increasing during those sixty plus years. Democrats are in blue, Republicans in red. 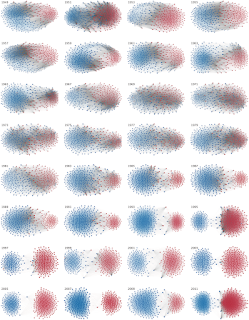 Of course, it could be argued that the U.S. House of Representatives does not represent the state of the world.  That is true, but only to an extent.  Our political systems often reflect the situation within the electorate, and/or tend to guide that level of political/social discourse within the electorate.  Furthermore, we know that the U.S. has a huge influence upon the culture of the western world.

Furthermore, we have established infrastructure that exacerbates, even thrives on, polarization.  Our parliamentary and legal systems, in particular, are structured on adversarial lines.  These are recipes for polarization.

Sadly, there is no way we can negotiate our way through covid, climate chaos, or ecological overshoot, if we remain trapped within echo chambers, especially echo chambers that we are adding more and more soundproofing to.

That is why polarization is our second biggest threat.

You may be wondering what I consider our biggest threat to be?

Polarization is an inevitable outcome of a disconnect from one another.  When we view humanity in terms of ‘us’ and ‘them’ then we have begun the slippery slide towards polarization.

Our disconnect from one another is itself constructed on an even more fundamental disconnection.

Our disconnection from nature.

When that happens, we find ourselves on a slide that ends with toxic individuality – the ultimate disconnect, and the ultimate polarization.

Is there a way to survive?

1. Presently it does appear that each of these ‘camps’ constitute only a small segment of the population.  Most people seem to be placing themselves outside of either camp.  How long that will last is unknowable.