It's In The Language 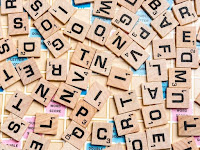 All over the world original inhabitants have been colonised, invaded, and decimated.  Most of the colonisers originated in Europe, especially the nations of Western Europe.  As a result, much of the world has been “westernised.”  “Europeanised” might be another term.

In so doing the colonisers stole land, raped, murdered, and pillaged.  They also destroyed many of the cultural elements of those they colonised, including indigenous languages.

One of the first actions that colonised peoples have taken when reclaiming their cultural identity is to reclaim, learn and spread the use of their languages.  For many colonised people language is a sacred artifact; language is at the core of who they are as people.  Language both reflects and helps to shape the way in which peoples see the world.  Language is the mechanism by which identity is formed and the medium for explaining the world and society’s place in that world.

Former Australian Senator and member of the Gumbaynggirr people, Aden Ridgeway, has expressed this connection between language, identity, and land well.  He says,

“Aboriginal language goes to the heart and soul of one’s identity and gives connection to family, country and community...it instils a sense of enormous pride and provides the strength from which to see the world beyond the fences of your own community - then everything seems possible.”

Language could quite simply be the bedrock upon which the rest of a culture is built.

Many indigenous languages and other languages decimated by colonising powers are now being re-kindled and re-established, after having been almost extinguished.  Welsh, for example, was the main language used in Wales in 1800.  But within a century only about half those living in Wales spoke Welsh.  The language was actively discouraged through measures such as the Welsh Not: whereby children heard speaking Welsh at schools were flogged for using the language.  The language is now undergoing a revival.

In Aotearoa (New Zealand) the Māori language had, like Welsh, been actively discouraged in schools, with Māori children being disciplined for using the language.  The 1980s were a pivotal decade for the language, with the establishment of Māori language nests for pre-school children (later extending to primary, secondary, and tertiary level).  Māori language became an official language of the country in 1987.

Language revitalisation has been pivotal in enabling cultures to survive and thrive.

What if English were to go through a similar re-vitalisation, re-kindling, re-learning?  You might ask: why?  English is well established in the world; 1.35 billion people speak English, and it is the first language of 360 million people.  Surely it does not need reviving!

All languages change and meanings of words get transformed.  Yet, in that process, something other than the old meanings get lost.  Meaning itself often gets lost.  An understanding of the world and our place in it gets lost.  Once lost, those meanings and understandings get forgotten.

Stephen Jenkinson notes that discarded and forgotten meanings of words often hold “…memories (that) testify to inconvenient histories and times that aren’t the authorised version of everything that we learned in school.  They bear inefficient mysteries, mysteries that won’t give in.  They betray the allegations that stand in for tradition.”1

Maybe English has transformed the meanings of words so much that those of us descended from British colonisers (its first speakers) have lost contact also with the mysteries of the world.  Perhaps our own language, and what we have done to it, is partly why we are unable to come to terms with the way in which we destroy our environment and misunderstand what it really means to live a healthy and fulfilling life on this planet.

·   The words tree and truth derive from the same etymological root.

·   The words human and humus (soil, earth) derive from the same etymological root.

How would our association with Mother Earth and with nature change were we to fully recognise the significance of these associations.  Further:

·  The word develop, far from meaning to “add on, to increase,” derives from the Old French word desveloper meaning to unwrap, unfurl, unveil.  Think of it as de- envelope.

·  The word educate, far from meaning to stuff full of knowledge, derives from two Latin words, ex meaning out, away, and ducere meaning to lead.  Hence, etymologically, educate means to lead out, to draw out.

What would our worldview be if we re-discovered the mysteries contained in our language?  It’s all there – hiding in plain sight within the language itself.

1. Stephen Jenkinson, Come of Age: The Case for Elderhood in a Time of Trouble, North Atlantic Books, Berkeley, California, 2018.