Feminism: What Have Men To Fear? (Part 2) 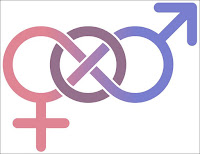 Feminism Has Not Achieved Its Aims

If feminism sought liberation from the patriarchal system, then it has not yet achieved that goal.  In many ways, the patriarchal system has become even more entrenched, with some women participating in it enthusiastically.  The (masculine) values of patriarchy are alive and well:
Meanwhile, as patriarchy continues to thrive, the non-human parts of the planet are abused, misused, and exploited.  Other living beings that share the Earth with us are being made homeless, or worse still – extinguished.

The women's’ (and men's’) liberation movement have much to do.

Men Are Oppressed By Patriarchy

When I stated that women sought liberation from the patriarchal system, it is my contention that men could also benefit.  Why do I say that?  Consider these:
No, patriarchy is not good for men.  I must add a rider here.  This recognition that patriarchy oppresses men should not be read as a devaluation of the role patriarchy has in oppressing women.  The intent is to show that men have nothing to fear from feminism.