The Best We Can Be 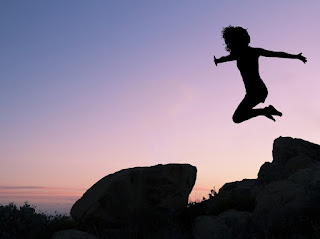 What better way to start the year than with a discussion about being the best we can be?  I want to begin the discussion by considering two words: optimum and optimism.  Optimum means the most favourable situation possible.  Optimism means to be confident about the future or be sure of success at something.

Both words derive from a Latin root – optimus, meaning “the best.”

So, both words have a sense of being the best possible.

What does being the best possible mean as we head into a new year?

Often the word optimum, and its associated verb (to optimise) gets conflated with words like: maximisation of profit, the greatest on Earth, or sometimes even victorious and powerful.  However, to associate these concepts with optimisation is incorrect.  It is possible to optimise a situation or system without having to maximise it.  It is also possible for something to be maximised, yet end up  along way from an optimum.

The classic story of “The Tragedy of the Commons” illustrates this well.  The Tragedy of the Commons was the name of a pamphlet written by the English economist William Forster Lloyd in 1833.  In it Lloyd tells of the grazing of the Commons - a common parcel of customary land in English villages.  If one, or more, herders grazed more than their allocated number of cattle on this land, then overgrazing would occur.  Thus, if individual herders maximised the number of cattle they grazed then everyone (including those that maximise their herd) would suffer.  The optimum in this case was less for each individual herder than the maximum each herder could theoretically graze.

Another metaphor that illustrates this is to think of a fish pond.  Suppose the pond carries twelve fish.  Each day, four people fish the pond, and each night each remaining fish spawns two new fish.  How many fish can each person take each day?

The answer is just two fish each.  Simple arithmetic tells us that if each of the four people take two fish each (eight fish in total) then the remaining four fish will spawn eight fish overnight, meaning there are twelve fish in the pond the next day.  However, if just one of the people fishing takes three fish (assuming the others take two each) then the following day there will be just nine fish.  If the same thing happens the next day, i.e. three people take two fish each and the fourth takes three, then there will be no fish left in the pond, no spawning will take place overnight.  By the third day there will be no fish in the pond for anyone.

It is a simple metaphor, yet it illustrates William Lloyd’s concept well.  Optimisation does not mean maximisation, or vice versa.

Martin Seligman has written as much as, if not more, than anyone else about optimism.  He notes that, faced with the same misfortune that pessimists face, the optimist “tends to believe defeat is just a temporary setback, that its causes are confined to this one case.”1  There is research suggesting that pessimists are more likely to see reality accurately, but then get bogged down by that reality, becoming depressed, inactive, lacking in drive, prone to poorer health, and tend to catastrophise.  An optimist, on the other hand, will make plans, be happier, tend to live longer, and often be friendlier.

Seligman notes that it is possible to learn optimism, yet counsels us to heed pessimism.  Sometimes, the pessimist warning is worth noting.  As we head into the new year (I am writing this on 1 January 2018) there are warnings all around us.  We would be wise to heed them, but not allow them to dampen our optimism.

When we heed the pessimist warnings, yet proceed with optimism we are being the best we can.

Email ThisBlogThis!Share to TwitterShare to FacebookShare to Pinterest
Labels: Future, Values and attitudes