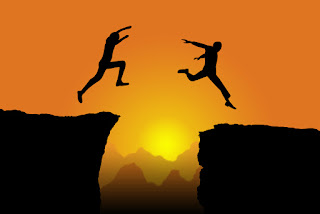 In the western world we have been doing all this for centuries.  Over one thousand years ago feudalism in Europe began to impose its rule over common folk.  Feudalism morphed into the system of royalty – the supposed “divine right” of kings and queens to rule.  Under these systems, the power of common folk to make their own decisions was wrested from them, often brutally.

Around 2,500 years ago, in the bottom right hand corner of Europe, a different form of public decision-making was being tried out.  Athens and other Greek city states created the world’s first democracies – literally rule of the people.  The Roman Empire saw democracy being tested and eventually done away with.

The Middle Ages saw some small pockets of democratic experimentation.  In 1215 the Magna Carta Libertatum (Latin for Great Charter of the Liberties) paved the way for the establishment of the English parliament.  Democracy was given another go.

Following the American Revolution the United States Constitution of 1787 provided for an elected government.  Two years later, Revolutionary France adopted the Declaration of the Rights of Man and Citizens, and set up the short-lived National Convention.

The representative democracy of today has morphed yet again into a beast that steals our decision-making power yet again.  Certainly, we get to vote in elections.  But, can we truly say that a tick or cross next to a name on a ballot paper once every three or four years is a satisfactory level of engagement in our collective decision-making?  No wonder many around the world are withdrawing from the voting process.  Even in Australia, the 2016 federal election saw fewer people cast a vote than in 1925, when it became compulsory to vote.  In the US which portrays itself as the guardian of democracy, voter turnout for the Presidential election is less than 60%.  Although the past couple of years have seen the trend bucked slightly, voter turnout in Canada, the UK, and New Zealand has been declining since the 1980s.

A measure of dissatisfaction can be found also in the Brexit vote in the UK, or the claims by Catalans for independence from Spain.

Even once we have cast our vote, do we really believe that it is our voices which get listened to in the parliaments, senates and congresses of the world?  The voices that get heard and acted on are those of the trans-national corporations and their lobbyists.  In her 2015 book1, Beasts and Gods, Roslyn Fuller showed that the more money someone spent on a political campaign the greater their chance of being elected.  In other words – money buys political power.

So, lets stop this insanity.  Lets try something different.

Lets try direct democracy.  If we need to find a representative group to make public decisions, then lets try selecting them by lot (see here, here, and here for some posts about this process).  Lets hold onto our personal and collective decision-making power.  Lets explore together ways to utilise and optimise our decision making power.  We certainly could not do worse than the decisions that currently come out of the parliaments, senates and congresses of the world.