The Myth of Expert Decision-Making 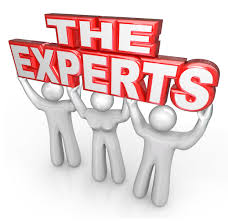 World-wide we are less trusting of our leaders.  We are voting less, we are leaving political parties in droves.   If we do not trust our leaders and politicians to make the right decisions then where do we look for guidance, leadership or action?  More and more we are coming to realise that the ideas, the solutions, and the actions begin with and flow from all of us, from communities and the collective knowledge, experience, skills and wisdom that they contain.

This approach turns on its head the classic western notion of development.  The classic western approach is one in which experts enter a community or nation, assess the needs and then design a program or infrastructure to address those needs.  Classically there was little consultation with the local community and even less of an attempt to involve the community in the design of any program or intervention.  Often this approach led to the program eventually collapsing or the infrastructure being under-utilised.  Many times this collapse could be attributed to the “experts” incorrectly identifying the needs or the problem, let alone the solution.

But, when the process begins with and flows from within communities, then the chances of correctly identifying the issues and then designing the appropriate response are greatly enhanced.

This approach emphasises that power and decision-making shift from the top to the bottom, from the centre to the margins, and from hierarchies to interconnected networks.  It puts connected communities firmly in the role of decision-makers and implementers of policy.

“But what if local communities do not have the knowledge, or skills necessary?” is a common argument raised against allowing ordinary citizens, the man and woman in the street - “commoners” - to become decision-makers.  This quarrel is based on a prejudice that implies that only those with expertise are in the best position to make decisions.  But this is nonsense.

The “expert” may come in various guises: community health expert, education expert, city planning expert, even the community development or social justice expert.  In each case, the expert may have some useful expertise to offer, but that does not make them the best decision-maker in any community setting.  Indeed, an expert in a decision-making role can be disastrous.

A 2006 study found that the more power an individual has or claims to have, the more likely they are to over-value their own viewpoint and are less capable of considering another person’s perspective1.The same researcher, in 2012, noted that those with a sense of power were often over-confident in their decision-making2.

Remember too, that becoming an expert in a subject usually involves knowing more and more about a topic that is more and more specialised.  In short: knowing more and more about less and less.  Our world is a complex, interconnected and diverse one.  We, and it, contain contradictions, anomalies, and inconsistencies.  In such a world our decision-making processes must ensure that a wide variety of perspectives and ideas are taken into account.  The expert has a place in that, but only one place of many.

It is of little benefit if a decision made by an expert is the right one in their view if it does not make sense to those on whom the decision is imposed.

Look around the world.  Often, where we see conflict, bitterness or social isolation, we will also find that a decision has been imposed by someone (or a group) who have done so in the belief that theirs was the correct one to make.  That applies just as much to a local neighbourhood as it does to international conflict.

The tower block building projects that began in the 1950s in England are a case in point.  Architects and city planners in England embraced with zeal the ideas of architects such as Le Corbusier and Walter Gropius who became known for their minimalist approach.  Le Corbusier’s idea was magnified from the simple stripped down villa into stack upon stack of bare, uniform multi-storied dwellings.  Town planning experts and architectural experts embraced the idea with glee, but no-one bothered to ask the potential inhabitants.

Within just a few years the cracks were appearing, not only in the buildings themselves but also in the social fabric.  In May 1968 Ronan Point, a 22 storey tower block in East London, partially collapsed killing 4 people and injuring 17.  It wasn’t the only one.

But it was the tearing apart of social cohesion that was perhaps the biggest failing of this expert-driven approach to housing.  The adults living in these towers experienced high rates of stress, mental health problems, and marriage breakdown.  Their children fared no better.  Tower-rise children had high rates of hyperactivity and were prone to greater levels of hostility and juvenile delinquency (even when socio-economic status was adjusted for) than that of the general population.

Even though much is known about the damage to social infrastructure that these towers create, they are still being built.  There are many commentators and community workers in England who are now advocating for a return to the terraced housing style that England is so well known for.

So, beware the expert, but do not ignore the expert.  They can have useful information or knowledge, but it does not make them the best decision-maker.