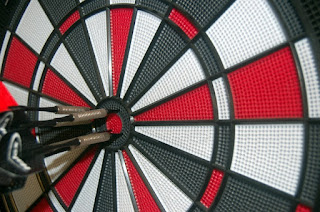 Sometimes those working for social justice or towards a more sustainable world can feel overwhelmed by the odds we face.  It can seem that no matter what we do, the issues we face are becoming more entrenched, worsening, and becoming more widespread.

So, it can be worthwhile to take a step back and reflect on some of the positive achievements that have been made.  There are many that could be showcased, but here are just five.

Phase IV of the giant Keystone XL pipeline was to have brought oil from the oil sands of Alberta (Canada) all the way through to Steele City in Nebraska.  The pipeline would have added 800,000 barrels of oil per day to only worsen the problems of climate change.

However, in a massive display of public opposition including an unique alliance between mid-Western farmers and native Americans (the Cowboys and Indians Alliance) the pipeline was disrupted physically, politically and legislatively.  Opposition took place not just along the route of the pipeline, but throughout the US, with hundreds arrested at the White House in March, after tying themselves to the fence.

On 6 November 2015 President Obama rejected the proposal.  Bill McKibben, co-founder of the group 350.org, noted that this “is nothing short of historic, and sets an important precedent that should send shockwaves through the fossil fuel industry.”

Some well-known celebrities, including Leonardo di Caprio, have supported this campaign and have committed to divesting.  The world’s largest sovereign wealth fund1 (worth $945 billion) is the biggest divestor yet.

The campaign now covers 43 countries and as of September 2015 it is estimated that over US$2.6 trillion has been withdrawn from the fossil fuel companies.  The value of divestments in 2015 rocketed by over fifty times the level it had been at just a year ago.  The 436 known institutions to have divested represent almost 650 million people world-wide.

The campaign is truly a world-wide, financially significant, phenomenon.

Whilst most western countries were bailing out the banks and other financial institutions following the 2008 financial crisis, the small nation of Iceland took a decidedly different tack.  Iceland decided to make those at the heart of the collapse responsible for their actions.  So far, 26 bankers have been jailed in Iceland, with a combined prison sentence between them of 74 years.  This is in complete contrast to that of rewarding bankers elsewhere with bail-outs at the expense of everyday citizens.  In fact, Iceland intends paying every Icelander kr30,000 after the government takes back ownership of the second of the there major Icelandic banks.

Iceland is the only European nation to have fully recovered from the financial crisis, including paying back in full it’s debt to the IMF – ahead of time.  Asked how Iceland managed to do this, the President, Olafur Ragnar Grimmson, replied that:


“We were wise enough not to follow the traditional prevailing orthodoxies of the Western financial world in the last 30 years.”

Wise indeed.  Would that a few other governments had the courage to expose the fraud, corruption and deceit of the world’s banking systems.

Flags may be just symbols, but symbols can be very powerful.  For many black Americans the Confederate flag is a symbol of a system that was based on slavery, an extreme outward show of racism.

In 1961 the Confederate flag was flown from the dome of South Carolina’s statehouse to mark the 100th anniversary of the American Civil War.  It remained there as a symbol of opposition to the civil rights movement.  In 2000 amidst protests it was moved to a flagpole near a Confederate monument in the Statehouse grounds, as a compromise.

However, the massacre of nine people in an historic black church in Charleston in June 2015 sparked further protest, not just in South Carolina, but throughout the US.  The person accused of this crime had posted photos of himself posing with the Confederate flag and guns before the shootings.  Within a month of the racially inspired killings South Carolina lawmakers had passed by 93-27 votes a law requiring the flag to be removed from Statehouse grounds.

Of course, there is nothing in this act that suggests historic revision.  Recalling history and exhibiting memorabilia from those times is entirely appropriate.  However, displaying the Confederate flag on flagpoles in the state capitol would be akin to the Nazi flag being flown above the Reichstag in Germany.

Getting Real on Domestic Violence

Research by the World Health Organisation (WHO) in 2013 found that “worldwide, almost one third (30%) of all women who have been in a relationship have experienced physical and/or sexual violence by their intimate partner.”  In Australia the incidence is similar, if not, somewhat higher – possibly as high as 40%.

So, it was pleasing to note that the Queensland government, in August 2015, adopted all 140 recommendations in the report by the Special Taskforce on Domestic and Family Violence.2  Adopting the recommendations, the Queensland Premier, Annastacia Palaszczuck, noted that “the time is right for action and I believe the community has the will to change," going on to say that the State would work to bring about a shift in attitudes towards domestic and family violence.

Measures include funding for more crisis centres, a campaign of education, a review panel to identify gaps in procedures and systems, and funding to help develop services for clients.

In an age of heightened awareness of domestic and family violence it is heartening to find a government willing to take on board all recommendations made by an independent taskforce.

As I write this blog news is coming out of Paris that an agreement has been reached that would see the nations of the world halt global temperature rise to 2 degrees, with a target of just 1.5 degrees.  The success or otherwise of this agreement will be seen over the next couple of years.

Let us celebrate these and other successes from 2015, and look forward to more in 2016.

1. Norway’s Government Pension Fund Global (GPFG).  It is likely to divest of $9 billion – $10 billion from fossil fuel industries.
2. Not Now, Not Ever: Putting an End to Domestic and Family Violence in Queensland.  Report produced by Special Taskforce on Domestic and Family Violence, chaired by Honourable Quentin Bryce and presented to the Queensland government on 28 February 2015.