The most important equation on the planet 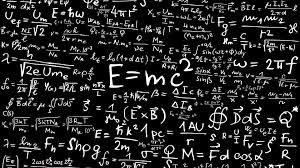 At school we learnt about a number of equations.  We learnt the Pythagoras Theorem:  a2 = b2 + c2.
We heard about, even if neither we nor our teachers understood it, Einstein’s famous equation E = mc2

Equations are useful things, even if most of us go about our daily lives without considering any of them.  But there is one equation that we all need to be aware of and consider, because it relates to our well-being as well as the well-being of the whole planet.

The equation is quite simple:


I = P x A x T (or simply I = PAT).
The I stands for human environmental Impact, P for Population, A for Affluence and T for Technology.

The equation was developed in the 1970s by Barry Commoner, Paul Ehrlich and John Holdren.  The three scientists were debating the environmental impact made by humans.  John Holdren emphasised technological change following the second World War.  Barry Commoner and Paul Erhlich suggested that all three factors (P, A, T) were important, especially population growth.

In the previous blog posting it was noted that we presently need one and a half Earth-sized planets to satisfy our lifestyle and that we would need 3 by the 2050s.  That blog suggested that to reduce our impact on the Earth we needed to consider population, affluence and technology – exactly what this equation does.

The equation suggests that the mathematics is simply one of multiplication.  However, its not really quite that straightforward.  Each of the factors are interrelated and influence each other.  It is possibly better to write the equation as:


I = f(P, A, T)
so that I is seen as a function of the interplay between all three factors.
Population
Of the three factors, population is the easiest to understand.  It is simply how many people are living on the planet.  It is presently just over 7 billion and expected to reach 9 billion by 2042.  The 20th Century saw a massive increase in our population, growing from 1.6 billion at the beginning of the century and ending it with over 6 billion.  The growth rate has slowed over the past 30 years so that by 2050 the population would be about 10 billion and was expected to stabilise at that level.  However, recent UN projections suggest that the world’s population will continue growing beyond the 2050 level.
Affluence
Affluence is a measure of our per capita consumption level, with the best guestimate being GDP per capita.  World GDP growth has almost doubled so far this century from around $7,000 per capita at the beginning of the century to around $13,000 in 2012.  Affluence varies extremely as we know, not only between nations but also within nations.  Hence, with respect to the equation the impact upon the environment is much worse from the rich nations.
Technology
The factor here is one of how efficient our technology is.  The more efficient it is the less the environmental impact.  Unfortunately, increases in efficiency often do not contribute to significant lessening of environmental impact, due to a phenomenon known as the rebound effect.  The rebound effect is an effect whereby an increase in efficiency simply means that the technology is used more, not that the present use is more efficiently used.  An example may help.  Most readers will have had the experience of a new road being built to enable traffic to move more freely and quickly.  However, what happens?  More traffic uses the new road and it quickly becomes just as congested as the old system.  That’s the rebound effect.
Solving the Equation
The equation at the present moment in time is unbalanced.  We only have one planet, so I can be no greater than 1.  Yet, the three factors on the other side of the equation combine to give a figure of 1.5.  It doesn’t balance.  So, how do we get it to balance?
Our population is increasing and will not stop doing so until at least 2050 (and may not even do so then).  Not much chance of getting the equation to balance from that component.
We can continue researching and developing new technology, but the efficiencies gained may not be as great as we would hope.
That leaves affluence.  We can reduce our consumption levels – and, we can reduce them immediately.  It’s going to take work, and it’s not going to be easy – we need to reduce our consumption by around one-third of present levels.  Given that around 80% of the world’s population live on less than $10 a day, that means that those of us in the rich world are going to have to do some very, very serious slowing down, downsizing, and de-consuming.1
Numerous people have said that if something is worth doing, then the rewards usually come from hard work.  Someone else said, hard work never killed anyone.  We need to do the hard work, because by not doing so we condemn others to death, and we condemn our own planet.
1. According to the World Bank (in 2008), the world’s richest 20% consume 76.6% of the world’s resources and the world’s poorest 20% consume just 1.5%