How many planets are there? 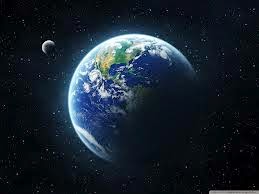 How many planets are there in the Milky Way – our galaxy?  Estimates vary, but according to scientists there could be as many as 80 – 100 billion or more.  Of those, maybe 9 billion would be “Goldilocks” planets.  That is, they would be of an habitable Earth size.  Sounds like plenty.

We may need them.

We have been rapidly using up the land and resources on this one.  Since 1960 we have been roughly doubling the amount of space that we need every 60 years or so.

That all changed in the early 1970s however.  Then, we surpassed the planets capacity to regenerate at the same rate we were using resources.  But, we continued gobbling.  Now (in the early 2010s) we require one and a half Earth-sized planets to satisfy our lifestyle.  For some, notably those of us living in the rich world, we require much more – up to six Earths!

At current levels of growth we will need two Earths by the 2030s and three only 20 or so years later.

What are we going to do?

Venus and Mars offer possibilities.  They are both near Earth sized and sit within a belt that could (with some modification) be habitable.  That would take us to the 2050s.  Then what?  We’ll need a fourth planet before the end of this century.

What about those 9 billion or so habitable planets.  Well, that’s the good news – there are plenty of them.

The bad news?  The nearest of them is thought to be about 12 –15 light years away.  That means that even if we could travel at the speed of light, it would take us 12-15 years to get there.

So, that nearest habitable planet would take us something like 500,000 years to get there at our current level of technology.  Lets say we can improve our speed by the same factor (100 times) over the next century as we did in the past century, ie reaching a speed of 3 million km per hour.  If we did that we could reduce that trip to just 5,000 years.  Does that sound better?

But by then we would need at least 6 planets!

Let’s face it folks.  We have got just the one planet.  Let’s allow it to regenerate.  That means reducing how many there are of us, drastically reducing our consumption levels and improving our technological efficiency.  (See the next post for a discussion about these 3 factors)
Posted by bruce meder at 15:42