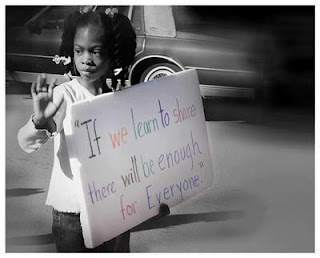 “Can’t Buy Me Love” the Beatles sang in 1964.  Maybe not, but can it buy happiness, or life satisfaction?

Many commentators and social justice writers have suggested that, above a certain level of income, increasing income has very little bearing on well-being or happiness.

A recent paper by two researchers at the University of Michigan1 purport to refute this thesis. They claim that although the thesis is “… intuitively appealing, it is at odds with the data.”

Their paper is 24 pages long, with 30 graphs, 3 tables of statistical data and a page of references.  It looks scholarly, and impressive.

But wait!  Hang on!  Let’s be careful about how their conclusion is used by those of us working in the field of social justice.

It is easy to imagine that the conclusions of this paper will find enthusiastic supporters amongst those who would claim that increasing incomes is the way to happiness.  What is disturbing about this possibility is the potential claim that it is acceptable to continue to make higher and higher incomes because this will bring more and more happiness.  Some may even argue that this research shows that widening income gaps are reasonable and that all that is required is for those on low incomes to “catch-up.”

Using the logarithmic scale gives the impression of a steady and regular correlation between life satisfaction and income – a straight line correlation.  What happens, however, if we plot the data so that the scales are linear on both axes.  See the two graphs below.

Graph 1 shows the graph as portrayed in the paper.  The x-axis shows GDP per capita (in thousands of dollars) and the y-axis shows the satisfaction ladder score (as determined in World Gallup Polls in 155 countries).  The red line is the regression line – think of it as the “line of best fit".  The x-axis uses a logarithmic scale (as can be seen by each regular interval calibration being a multiple of 2 times the previous one.)  The y-axis uses a simple linear scale (the scale that most people would be familiar with),

Graph 2 is the same regression line, but this time plotted using linear scales for both axes. 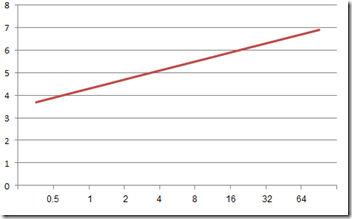 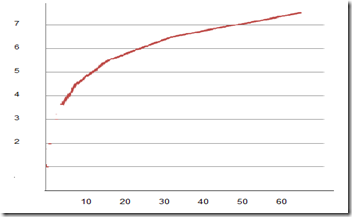 As can be seen, the two graphs give a very different visual picture.  looking at Graph 2 we can see that as income rises from below $10,000 to around $35,000 satisfaction levels also rise fairly rapidly from around 3.7 to around 6.7.  That’s significant.  But then, things begin to flatten, just what the researchers are wont to claim does not happen.

The paper goes on to analyse similar data for the US itself.  The results are similar, and so is the alternative picture.

No!  This research does not convince me that the disparity between an income of $10,000 and one of half a million dollars is warranted because higher incomes lead to greater life satisfaction or happiness.

It just goes to show that we must be careful when dealing with statistics and graphs.  Sometimes the choice of presentation style can hide an underlying reality.

1. Stevenson, Betsy & Wolfers, Justin. Subjective Well-Being and Income. Is There Any Evidence of Satiation? University of Michigan, April 2013.
2. See Wilkinson, Richard & Pickett, Kate. The Spirit Level: Why Equality is Better for Everyone. Penguin, 2009, 2010.