Recently a British MP has called for a Working Class quota for Parliament by suggesting that there be a shortlist of candidates limited to those on or below the minimum wage.  Denis MacShane’s rationale for this radical proposal is that the background of Parliamentarians in the UK had become too narrow.  MacShane described the problem as being that “the intellectual reservoir from which we draw our political leaders has become a paddling pool, when what we actually need is a raging torrent to get the country going again,"

Fair enough.  The working class are under-represented in Parliaments throughout the Western nations.  So too are young people, indigenous peoples, those with disability and ethnic minorities.  A quota system may be a way to rectify such unrepresentativeness in our representative, electoral, democracy.  The mechanisms of implementing this though may mean increasing bureaucracy and red-tape.

If the diagnosis is correct, yet the recommended treatment may in the long-run only add to our democratic woes, is there an alternative therapy?  Within the health field many alternative therapies rely on their simplicity.

In making a choice what could be more simple, or fairer, than simply rolling a dice, flipping a coin or pulling names out of a hat?

In the context of politics that may sound trite, perhaps even flippant.  It’s not though.  I’m quite serious and what’s more, it’s been done, tried, tested and found to be a highly satisfactory means of choosing our decision-makers.  It even has a name: sortition.  When applied within a political situation it even takes on a specific political term.  Demarchy is the term adopted by John Burnheim to describe a political system based on sortition as the means of selecting the political decision-makers.

In his book “Is Democracy Possible?” Burnheim claimed that “Democracy is possible only if the decision-makers are a representative sample of the people concerned. I shall call a polity based on this principle a demarchy…” 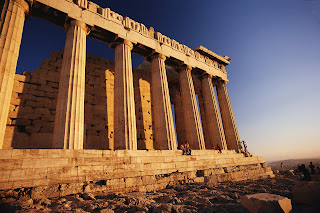 But even Burnheim was not developing something new.  Sortition as a way of selecting decision-makers has been around since the dawn of democracy.  The ancient Greeks used sortition a lot more than any other method whilst they were going about creating the modern democratic tradition.

How does it work?  Quite simply: our decision-makers are chosen by lot from amongst the general population.  The randomness of the method means that anyone and everyone could become a decision-maker.  The randomness, for example, would mean that the working class are highly likely to be represented fairly without the need of a quota system.

Simplicity is but one of the benefits of sortition.  It has a number of others.  With everyone having an equal chance of selection there can be no favouritism, no buying of votes, no lobbying by those with money or prestige.  The career politician is done away with along with the aggrandisement that often accompanies such careers.

If the adversarial approach withers away then we just may start down the a road of honest listening, true dialogue and real collaborative decision-making.  All of which are vitally needed in order that humankind face the complex issues of the 21st Century.

The very complexity of the issues facing us is a further incentive to use sortition as a means of selecting our decision-makers.  Complex issues are diverse, interrelated, involve numerous feed-back loops and are non-linear (i.e. the cause-effect concept does not apply).  To be able to deal with such issues we need our decision-makers to represent a diversity of background, experience, culture, skills and ideas.  Demarchy is one of the best ways of ensuring that.

Can it work?  Absolutely.  Sortition style selection of decision-makers  has been experimented with often throughout the world over the past 30 to 40 years.  Although the experiments have been mostly small-scale, the results have been far and away extremely encouraging.

Citizen juries are one of the best examples of sortition in use in public policy and have been used in many settings, including health, as shown by a it’s use in providing the Minister with recommendations.  Occasionally sortition has been used in a national setting as it was when Iceland decided to re-write its Constitution.  Both these examples (and many others) have not only produced considered, practical and widely accepted decisions, but have also been highly valued and appreciated by the participants themselves.
Posted by bruce meder at 14:58