Community development is often described as a process or as a tool to be used in advancing some social outcome.  Community development however, also articulates a vision for a better society.  Two of the elements of that vision are the twin concepts of equity and empowerment.

With these two elements in mind I have come up with the 4 key issues that community development workers in the Western world must face in the 21st Century.  I offer a brief description of why I consider these to be key and invite you to make comment on these or to suggest that some other issue should be promoted above these.

In each case these are over-arching issues, they are global in nature.  Facing them at a local level will undoubtedly involve a diversity of strategies, plans and projects.  Furthermore, these 4 issues are inter-related; facing one of them will inevitably mean having to look at the other 3.

Here they are.  Are they yours? 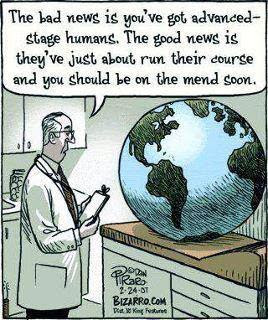 Notwithstanding the claims of climate change sceptics it appears that the case for human-influenced climate change is well established.  It is not the intention of this post to verify this (there are many sites that do that).  There are two reasons that I put climate change at the top of my list of “4 key Issues”.  One is that the human race has not had to face this issue before; hence, we are in unchartered territory.  The other is that it affects all of humanity – whether contributing hugely to the issue or having contributed barely little.

Sadly, it will be those communities that are most dispossessed, most disadvantaged, most easily ignored who will bear the most cost.  Already, inhabitants of tiny Pacific Island communities are finding that their lifestyles and homelands are being disrupted and are being displaced.  Yet, in general these are the communities least culpable for creating climate change.

2. Wealth Inequality
We have known for some time that the poor suffer from greater ill-health, unemployment, lesser educational attainment and other social ills.  There has also been a recognition of a growing gap between rich and poor.  This gap has been lamented for being unfair, immoral or a case of greed on the part of the rich.

Evidence is now being adduced to show that this growing gap is closely correlated with worsening social indicators.  It is not so much the existence of an absolute level of poverty that brings about social ills but the growing relative difference between rich and poor.

Richard Wilkinson and Kate Pickett (The Spirit Level) have shown that as the difference between the top 10% of income earners and the bottom 10% gets larger then so does the prevalence of social ills within society become more prevalent.  Wilkinson and Pickett further suggest that these social ills affect all of society, not just the poor.

3. Desire for Participation
What do the Civil Rights movement of the 1960s, the feminist movement of the 1970s, the fall of the Iron Curtain in the 1990s and the Arab Spring of recent years have in common?  In all cases, the answer is a greater desire for participation in the decision-making processes that affect people and their communities.  These were all movements of global significance.  You will no doubt be able to identify smaller, local campaigns seeking the same aim.  In the city I recently lived in thousands of citizens are demanding greater transparency and accountability from their elected local government representatives.

Concurrent with this trend is a lessening of trust in politicians and political processes.  It seems that the two phenomena are acting in opposing directions.  My suggestion is far from that.  The two phenomena in fact reinforce each other.  They point to a greater desire for direct participation.  Simply put: empowerment.

4. Sustainability
Since the 1970s we have been warned that we live in a finite world and that resource depletion is a serious issue.  Back then, people like Rachel Carson, E F Schumacher and the Club of Rome were often dismissed as “prophets of doom”, scaremongers or just plain cranks.  The small bands of early environmentalists were labelled as “hippie greenies” and the warnings were ignored.

Now it is hard to go through a day without seeing references to sustainability, adverts for fuel-efficient vehicles or bio-degradable products on supermarket shelves.  But, have we responded adequately?  Worse, are we still ignoring warnings?

To satisfy increasing demand we are tampering with areas of sensitive ecological values, polluting the very land and air that we live on and in.  All in order to increase supply.  However, there is another way to influence the system: decrease demand.

Moving from an “increased supply” mentality to a “decreased demand” mentality will place stress on communities used to living in an era of economic growth and a sufficiency of resources.  Helping communities to prepare and cope with that shift will bring forth the best of community development workers.

Conclusion
These then are my “Big 4”.  Do you agree?  In facing these 4 issues, community development workers can: