See What You Made Me Do (Book Review) 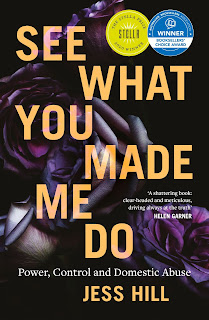 Perhaps the most prescient comment in Jess Hill’s award winning book – See What You Made Me Do: Power, Control and Domestic Abuse1 – comes not in the main text, but in a footnote on page 225.  In that footnote, Hill quotes Ellen Pence (a prominent worker in the field) as asking:

That women are sometimes violent towards women is one of the most common apologies given to dismiss the need for men to change their behaviour, thoughts, and beliefs.

Yes, it is so; some women do act violently towards men.  Yet, if you read Jess Hill’s thoroughly researched and example-laden book it is clear that the perpetrators of domestic abuse, and coercive control, are overwhelmingly men.

Jess Hill is an investigative journalist who spent over six years researching and writing See What You Made Me Do.  That time and effort shows.  The personal stories of women who have suffered years and years of domestic abuse are compassionately and forthrightly told.  The research is wide and exemplary.  The writing style is compelling and accessible.

From the perspective of a man who has had almost fifty years involvement in men’s organisations and has tried to understand sexism, male violence, misogyny, and patriarchy, this book is one of the best I have read.

What makes a perpetrator of domestic abuse has been studied by psychologists, feminist writers, and sociologists for many years.  Hill presents the ideas of many of these analysts and researchers.  She concludes that, “only by integrating both (major) viewpoints – feminism and psychology – can we start to truly comprehend the phenomenon of men’s violence against women, and find effective ways to stop it.”

A further way to stop men’s violence against women is for men to read this book, and at least, become informed as to the severity and widespread nature of the issue.

Much of this book relates to the tip-of-the-iceberg; the physical, mental, emotional, and financial abuse that a large percentage of women endure daily.  It could be tempting for some men to read this and claim that the problem lies with “other men” or “that group of men,” but “not me, I’m not part of the problem.”

To read it this way though would be to do the book, Jess Hill, and the thousands upon thousands of abused women, an injustice.

Understanding this suggests that the solutions to domestic abuse, coercive control, misogyny, and male violence against women, are not just in the hands of; the police, the courts, legislators, women’s refuges, and men’s behaviour change programs.

We all (especially men) have a part to play.

The best place to start to comprehend that part is to read the script.  See What You Made Me Do is an excellent script to begin with.  Indeed, if there were a University course titled Twenty-first Century Masculinity 101 this book would be on the required reading list.

1. Jess Hill, See What You Made Me Do: Power, Control and Domestic Abuse, Black Inc., Carlton, Victoria, Australia, 2019.