Which Way Will We Tip? 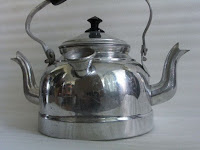 The concept of tipping points is well known.  Folklore tells us of the final straw that broke the camel’s back for example.  More recently we have the example of the one hundredth monkey.

Malcolm Gladwell popularised the phrase in his 2000 book The Tipping Point.  Tipping points are recognised in Chaos and Complexity Theories, often characterised by a small change in initial circumstances resulting in a large outcome (otherwise known as the Butterfly Effect.)

A tipping point could be defined as that point in time, space, or consciousness that once reached and passed, what came before cannot be returned to.  It is as if a threshold has been passed.  A door from one room to another; once we have entered the other room, the door is locked and bolted behind us, never to be entered again.

There are indications that we, and our planet, are on the verge of passing through one, or more, tipping points.  And, it appears to be very much up to us humans as to which of these tipping points it will be.

Looking at the two-spouted teapot in the illustration above we can tip the teapot in either direction.  If we tip it one way then the tea will pour out all over the table, soaking the tablecloth, and spilling onto the floor, creating a mess.  If tipped the other way the tea will pour evenly into a teacup and we will enjoy our cup of tea.

One way is tipped because of our materialism and continual plunder of the earth.  This way is about what we do.

The other way is dependent upon our consciousness, spiritual awareness, and recognition of our place in nature.  This way is about who we are.

There are already signs that some of the tipping points of the first way are very close, if not already tipped.   In June 2020, Will Steffen from the Australian National University warned that “we are already deep into the trajectory towards collapse” of civilisation because 9 of the 15 known global climate tipping points that regulate the state of the planet have been activated.[1]  Steffen’s warning was an update to a paper published in 2018 in PNAS.[2]  It is our material growth and earthly plunder that have brought us to the edge of these tipping points.

Are there any indications that we may be close to some tipping points that may tip us the other way?  Here are just a few examples that suggest we may be able to tip us towards a new balance.


Furthermore, around the world many hundreds of thousands of people are displaying their concern about the possibility of the climate tipping points being activated.  Led often by young people (e.g. Schools Strike for Climate, Extinction Rebellion).

When, and if, the climate activism movement truly merges with those seeking spiritual, consciousness and nature-based therapies, then we may see the teapot tip towards the teacup rather than having the tea spill everywhere.

Whatever happens, it is going to tip one way or the other.  Whichever way it does, it is up to us.

A Rider.  Please note that this blogpiece is written from within a western framework and understanding and addresses the issue from within that culture.  Indigenous and other nature-based cultures largely already understand and practice what is advocated here.
[1] https://voiceofaction.org/collapse-of-civilisation-is-the-most-likely-outcome-top-climate-scientists/ accessed 24 June 2020.
[2] Will Steffen et al., Trajectories of the Earth System, PNAS (Proceedings of the National Academy of Sciences of the USA), 14 August 2018, Vol. 115, no. 33