Are We Any Safer? 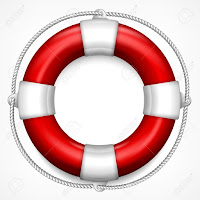 Recently I was involved in a conversation with a dozen men.  One of them made the claim that “we are safer now than when I was younger.”  That claim intrigued me so I thought I’d do some research.  My research question: are we any safer than we were?  Immediately, there are some problems with that question.  First, who is the “we” referred to, and second, “safer” from what?  I decided that safer referred to safety from disease, harm or preventable death.  Here is what I found out.

The number of deaths from war is on the decline.1  Since the 1980s the number of deaths in armed conflict have been decreasing - apart from a spike in sub-Saharan Africa at the end of the 20th century.  However, this is not a universal trend.  The death rate from armed conflict in much of the Middle East and parts of Africa (e.g. Somalia, Darfur) number in the millions.

In most of the world the murder rate is dropping.2  So, it can be claimed that you are safer from being murdered, unless you happen to live in the Caribbean, Central America or parts of South America.  In these areas the homicide rate is increasing.

The number of people killed in terrorist attacks, since 2001, in most of the world has remained fairly steady.3  However, in Iraq, Afghanistan and Syria it has risen dramatically since the US invasion of Iraq in 2003.  It has also risen in Nigeria and Pakistan.

Albeit difficult to quantify because of differing reporting methods around the world, hate crime appears to be on the increase.  It has been recently exacerbated by the Syrian civil war, as well as the Brexit and Trump political triumphs.

Suicide rates appear to be stable or declining throughout most of the world, except for Korea, Mexico, Russia, Greece, Poland and Japan where it is increasing.4

Infant mortality is dropping almost everywhere, although it is still high in many parts of Africa.5

If you drive, especially in OECD countries, then you are safer than you were a number of years ago.  The number of road fatalities is not only decreasing per 100,000 people but also reducing in absolute terms.

Although the number of people who are malnourished has been dropping, recently there has been little change and the number remains at almost 800 million world-wide.7

The rate of domestic violence assault in many parts of the world seems to be fairly stable – that is, it is neither decreasing nor is it increasing.  Because of the difficulty of obtaining comparative data it is difficult to gain a clear picture of whether the incidence of domestic violence assault is increasing or decreasing.  There is certainly no evidence that women are any safer from domestic assault.

What Does This Tell Us?

A brief analysis of these trends would suggest that we are safer from being killed in war, by murder or by terrorist attack; we are less likely to die from malnutrition, in infancy or by our own hand (suicide).  But, that only tells half the story.  If you live in the Middle East, the Caribbean, Central America, or parts of Africa, then you are quite possibly less safe than you were at the turn of the century.

If you are a woman anywhere in the world then your safety from domestic violence is no greater than it was fifty years ago.

But That’s Not All

Species have been evolving and becoming extinct for millions of years.  Over the past 450 million years there have been five mass-extinction periods.  There are indications that a sixth mass-extinction period is underway – this time human-induced.  Of the almost 9 million species upon the Earth around 99% of these are thought to be under threat, with the major threats coming from climate change, agriculture, wildlife crime, pollution and disease – all human induced.  Human habitation and habits have increased the background extinction rate at least one-thousand times (with some suggesting that it is up to 10,000 times the background rate.)

It’s not safe being a non-human on this planet.

There is another factor that must be looked at if we are to assess our safety.  The future of our climate.  Recent trends in extreme weather events suggest that our future safety may be compromised.  Since the 1990s extreme weather events have become more frequent, and more intense.  Although it is difficult to attribute any one such event to climate change, the overall trend is consistent with predictions from climate scientists.  These scientists note that a warming of the planet will precipitate more extreme weather events.  We have already seen these.  Heatwaves becoming hotter and lasting longer.  Cyclones, tornadoes and superstorms ravishing Caribbean and Pacific islands and people.

Our climate will become less safe for us.

Finally, lets consider what the Science and Security Board of the Bulletin of Atomic Sciences has to say.  This Board annually updates the Doomsday Clock – an illustrative representation of the safety of the world: the closer the hands of the clock to midnight, the greater the threat.  On 26 January 2017 the Board again updated the clock, this time setting it half a minute closer to midnight – it is now set at 2 1/2 minutes to midnight.  This is the closest the clock has been set to midnight since 1953, the year the US and USSR decided to proceed with nuclear weapons testing and development.

This year the Science and Security Board decided to move the hands of the clock forward because of the twin existential threats of nuclear weapons proliferation and climate change.  Citing the cases of North Korea, India-Pakistan tensions, the situation in Syria, the inflamatory rhetoric of President Trump, and Russian nuclear development, the Board noted that nuclear weapons threats were greater now than the previous year.  They also noted, despite the Paris accord, that the “international community did not take steps needed to begin the path toward a net zero-carbon-emissions world.”

Eminent scientists suggest our planet is less safe than it was.

The question of safety then becomes a question of “who benefits?”  Those that do benefit can claim that “we” are becoming “safer,” but cannot claim it as an universal experience.  The claim of increased safety ultimately becomes one of Euro-centrism, macho-centrism, and anthro-centrism.

7. The State of Food Insecurity in the World, Food and Agriculture Organisation (FAO), 2015
Posted by bruce meder at 14:22