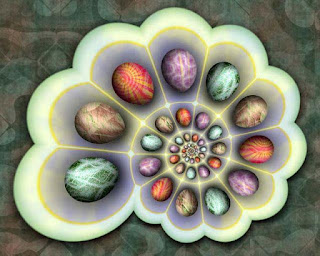 Until recently western political and economic history has been characterised by five Cs: control, competition, conquest, colonisation, and consumption.

We have attempted to control everything from natural eco-systems to the ways in which we relate to one another.  This desire for control has often manifested in a conquest of nature, of other nations and peoples, and even of space.  The conquest of other peoples and lands has resulted in colonisation that continues to this day via economic means.

We have consumed our way through history.  We have consumed the resources of the earth at an ever increasing rate so that we are now witnessing the peak production of many of these resources. Western nations have consumed the lands, the forests and the fisheries of many indigenous nations around the world, leaving those people bereft of sustainable living conditions.

Now it would appear that our unrelenting consumptive lifestyles are threatening the very systems upon which we live; the inter-related system that is the Earth.

There are signs, however, that we may be moving towards a future characterised by four other Cs: connection, communication, creativity, and consciousness.

1.  Connection.  After many centuries of viewing ourselves as separate from others, separate from animals, separate from nature, there is a growing understanding that we are all connected, that everything is intimately connected with everything else – what Thich Nhat Hahn calls interbeing.  Of course, many eastern philosophies and indigenous cultures have been saying this for millennia.  In the last century though, western science has also begun to assert this truth.  Beginning with quantum physics and then other sciences such as meteorology, biology and genetics we can no longer claim to be isolated individuals.

2.  Communication. We have always communicated – that is true.  One difference today is that our technologies allow much faster, more widespread and more accessible means of communicating with one another.  A second difference is the techniques of communication that are being opened up via research and experimentation.  The skills of creative (or active) listening were not as widespread as they are today, even a couple of generations ago.  Nonviolent Communication (NVC) was only developed fifty years ago, and is now taught in around 40 countries.  The skills of conflict resolution, mediation, forgiveness, and restorative justice are gaining widespread acceptance.

3.  Creativity.  We have tended to ascribe creative talent to painters, writers, sculptors, dancers, musicians and other artists.  However, many people are recognising that we all have creative abilities.  Furthermore, we are exploring the realms of collective creativity – some are calling this co-creativity.  Tom Atlee has written extensively on co-creativity (and other related subjects) and notes that,1


“…when we are really proficient at co-creativity … we enhance productive self-organising systems … enhance serenity and … enhance openness and ability to learn.”

4. Consciousness.  We have been through the Agricultural Revolution, the Industrial Revolution, and the Information Revolution.  We are now on the cusp of the Consciousness Revolution  It is in our collective consciousness that we must put our trust if we wish to pass on to our children and grandchildren a world that is worthwhile.  Xiuhtezcatl Martinez (the teenage founder of Earth Guardians) has eloquently expressed the need for a re-awakening of our consciousness:


“The biggest challenge we face is shifting human consciousness, not saving the planet.  The planet doesn’t need saving, we do.”

The signs are there – our consciousness is shifting.

Discovering, or re-awakening, our collective consciousness involves all three of the other Cs.  When we tap into our collective consciousness we discover our connections, our inter-relatedness, we learn to communicate effectively, we utilise our creativity.  Importantly we tap into the core of who we are as human beings and we notice that at that level we share a commonality with all others, including the myriad sentient beings upon the planet and indeed, the planet as a whole.

Are we shifting fast enough from the historic five Cs to the future four Cs?  Are we too late, meaning that we will descend into another two Cs – calamity and catastrophe?  Or are we evolving sufficiently for us to journey into the Cs of compassionate cooperation?