5 Environmental Equations We Should Know 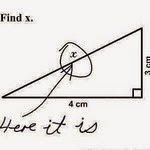 To some of us equations help to model the world.  To others of us they can open up new perspectives.  And then there are those of us who just can’t stand equations – too much reminder of “maths” at school perhaps.

But mathematics and it’s associated equations are everywhere, and environmental science or the science of climate change are no different.  Here are five such equations that any environmental or climate activist should know about.

Perhaps one of the simplest and also contentious equations is this one formulated in the 1970s by Paul Ehrlich, Barry Commoner and John Holdren.  In this equation I stands for impact of humans on the planet, P for the human population, A for affluence, or consumption rate per person, and T for technology, or resource intensity.

PAT has been expressed as P x A x T, i.e a simple multiplication effect.  However, this is too simplistic.  The equation should perhaps be better written as I = f(P,A,T).  That is, human impact is a function of the combinatory effects of Population, Affluence and Technology.

However you understand the equation, what it does tell us is that all three components of the equation must be considered if we are to reduce our impact on the earth.  There are indications that the world population level may begin to flatten out in the second half of this century.  There are also some exciting looking technological breakthroughs on the horizon, allowing for greater efficiencies.  Greater efficiencies mean a reduction in the impact due to technology.  Many climate change activists promote these technologies and put faith in them to stall off climate catastrophe.

However, the one component of I=PAT that is often overlooked or possibly shunned is that of affluence, or our consumption rates.  Affluence is highly variable around the globe, with those of us in the western, rich nations consuming at a rate considerably greater than those in developing nations.1  Those of us in these rich countries who are concerned about climate change and our impact upon the earth must take a long hard look at our consumption.

This equation is known as the Kaya Identity and is a special case of the I=PAT equation in that it considers human impact upon the climate.  In this equation:
Developed by Japanese economist Yoichi Kaya the equation is used extensively by the IPCC2 for the projection of it’s emissions scenarios.  Breaking down each term into population growth, GDP per capita, energy use per unit of GDP, and carbon emissions per unit of energy used has proven to make the calculation of global emissions easier.

This simple looking equation is used to calculate the Ecological Debt Day (EDD), otherwise known as Earth Overshoot Day.  Ecological Debt Day is the day on which it is calculated that we humans have expended as much of the earth’s resources as the earth is capable of restoring in that year.

Last year (2014), this day was calculated as being on August 19. In other words, from 20 August onward for the rest of that year we were living beyond our means.  It is akin to having our annual salary and expending every last dollar and cent of it by August 19.  Thereafter, we must beg or take out a loan against the future.  A bank may be prepared to do that but it is extremely doubtful that the earth can continue to do so.

In the equation above EDD is calculated by dividing WB (World Biodiversity: the amount of natural resources the earth produces in a year) by WEF (World Ecological Footprint: the amount that we humans consume per year) and multiplying that figure by 365 (days in the year).

This equation brings us back to reality.  One Earth.  The other equations may tell us how much we have overshot, what factors we need to consider and even how much we personally contribute, but this equation says it simply: ONE means ONE.

1.  North America and Western Europe has 12% of the world’s population, yet accounts for 60% of private consumptive spending.  Meanwhile the 1/3rd of the world’s population living in South Asia and sub-Saharan Africa account for just 3.2% (source: Worldwatch Institute)
2. IPCC = Intergovernmental Panel on Climate Change.
Posted by bruce meder at 17:55