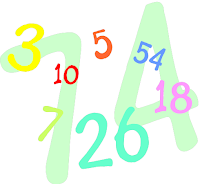 Numbers transcend the world, or so it’s said.  Whether that is true or not, numbers occur in all aspects of life; social, community, environment, cultural.  Here are just five such numbers that have significance in social justice, peace and environmental matters.

Off the coast of South Africa lies Robben Island, the site of one of the world’s most notorious prisons.  For many years it was where South Africa’s apartheid government sent it’s “political prisoners.”

The 466th prisoner to be incarcerated there in 1964 was Nelson Mandela who was to spend the next 18 years there, mostly confined to an 8 ft. by 7 ft. cell.  On 12 June 1964 Nelson Mandela was sentenced to life imprisonment.  In April 1982 he was transferred from Robben Island to Pollsmoor Prison in Cape Town.  Then, with the apartheid system crumbling he was released in 1990 and all the formerly banned political parties were legalised.

Thirty years after his first imprisonment, as prisoner number 466/64, Nelson Mandela became South Africa’s President, being inaugurated on 10 May 1994.

On 5 September 1981 women arrived at Greenham Common after marching from Cardiff, Wales.  They came with the intention to debate the siting of cruise missiles at the base.  With the rejection of a debate they promptly set up camp out side the base.  The first blockade of the base occurred with 250 women present.  By December that year the site was being encircled by 30,000 women holding hands around the almost 10km perimeter of the base.

The women's’ camp that remained at the site became a symbol of hope to many in the peace movement throughout the world.  Hundreds of women from other parts of the world visited and camped at Greenham Common in a show of support.

Although the cruise missiles were removed in 1991 the camp remained until January 2000 when the last of the women left.  Today, seven standing stones from Wales and a “flame” sculpture (symbolising a campfire) commemorate the women, their camp and what they achieved.

The Indigenous Peoples Earth Charter contains 109 clauses.  Over 700 indigenous leaders from all over the world met at Kari-Oca, Brazil from 25 – 30 May 1992 in the days leading up to the United nations Earth Summit in Rio de Janeiro.

On the final day of their meeting the Indigenous Peoples Earth Charter was unanimously signed with the preamble beginning:


“We, the Indigenous Peoples walk to the future in the footprints of our ancestors.”

In order to sustain human life at it’s present level of consumption we need 1.5 Earth-sized planets.  In other words, based on the amount of resources we consume in one year it takes the Earth one year and six months to recover from the waste generated from that year’s worth of consumption.  We are creating waste from resources at a rate quicker than the Earth can create resources from the waste.

Another way of measuring our impact on the Earth is to work out how many hectares of land per capita (ha/p) we use.  The average number of ha/p for the whole World is currently 2.7.  However, this figure does not show the disparity in consumption between various parts of the World.  As can be expected, the rich nations are well over consuming.  In the US and Canada 7.9 hectares are required for every person.  In Europe the figure is 4.7 ha/p and in Oceania (mostly Australia and New Zealand) the figure is 5.4 ha/p.

For the poorer nations in Africa (1.4 ha/p) and Asia (1.8 ha/p) the amount of land per person is much less.  Even these figures do not show the full picture as some countries live way beyond their planetary means and others have a footprint less than one planet

The Global Footprint Network has calculated the footprint for all the nations of the world and also allows individuals to calculate their own global footprint and find ways in which they may reduce that footprint.

The United Nations Development Program (UNDP) when it published this number in it’s Human Development Report 2010 called it “startling.”  Indeed it is.  0.71 is the 2010 Gini Coefficient for the entire world.

The “startling” aspect of the number 0.71 was that this showed a huge jump in recent years from what had appeared to be a flattening out of the curve of inequality.  In the mid 1980s the Gini Coefficient had been around 0.47, but then came globalisation and a rapid rise in the coefficient and what it measured – inequality.

What is particularly disturbing about a rise in the Gini Coefficient is that as inequality rises so too do social ills.  Richard Wilkinson and Kate Pickett1 have shown that with high rates of inequality come increased drug use, lower life expectancy, greater obesity, higher levels of violence, lessening educational performance and poorer mental and physical health.

1. Wilkinson, Richard and Pickett, Kate, The Spirit Level: Why Equality is better for Everyone, Penguin, London. 2010.
Posted by bruce meder at 21:18