Butterflies and Final Straws (A Story)

A farmer is loading hay bales onto the back of his old hay cart whilst he chews on a straw hanging from the corner of his mouth.  It’s the final gathering of the season and the farmer wants to get all the bales that he has left onto the cart.  As he pitches the last bale onto the cart he notices that the left rear wheel creaks ominously.  However, as the horses pull the cart onto the farm track it rolls along just fine.  Absently, the farmer removes the straw from his mouth and tosses it on the cart. Crash!  The rear left wheel buckles and the cart topples. 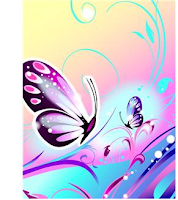 Meantime far away in another continent a butterfly emerges from it’s chrysalis.  It hangs there for awhile waiting for it’s wings to dry in the muggy heat of the jungle.  Letting o and dropping, the butterfly flaps it’s wings for the first time.  The beating wings create a small vortex in the air which slowly rises above the trees.  As it rises it meets the warm air swirling above the canopy and disturbs the motion.  The wind changes direction as a result and collides with a cooler front coming in from the ocean.  As the air competes for space thunderclouds begin to form.  Picked up by the air currents the thunderous clouds pass high above heading quickly across the continent and the oceans.  The moisture in the clouds eventually reaches a muggy heaviness and the clouds unleash a torrential downpour on the farmer and his broken cart below.

And the Point Is?

What is the point of this story?  Both metaphors (the “last straw” and the “butterfly effect”) help to explain chaos theory.

Chaos Theory has been invaluable in many of the “hard” sciences since the 1960s, beginning with meteorology and fluid mechanics.  The theory suggests an entirely different way of modelling the way the world works from that of classical Cartesian mechanics and dynamics.

Managers of social service organisations would do well to learn about Chaos Theory.  Sadly, all too often, the management of organisations and bureaucracies working within the social service fields operate as if the world moves along linear, cause-effect, pathways leading to measurable, predictable outcomes.

But the world and the people in it do not move in such an organised manner.  Far from it in fact.  A cursory understanding of history and politics would tell us this.  There are dozens of examples, here are just two.

William Wilberforce educated, campaigned and debated for more than 20 years before the British parliament finally abolished slavery in 1807.  Crucial to the success of that campaign was the vote of Charles Fox, a Whig MP who had earlier been convinced of the need for abolition.  His vote was one of the “last straws” that helped tip the balance in favour of the abolitionists.  In Chaos Theory this would be termed a discontinuity.

In late 1984 Bob Geldof was sitting watching a TV documentary about famine in Ethiopia.  Ordinarily he may have got up from watching the programme and gone to listen to some music or off to bed.  This time, however, a thought flashed into his mind and he wondered if he could do something about what he’d seen.  A simple thought, a simple act, but what resulted was Live Aid, the 1985 simultaneous multi-concert (venues in England, the US, Germany and Australia) that brought together hundreds of musicians from all over the world and raised over $280 million for famine relief.  This is classic “butterfly effect” – a small change in initial conditions leading to a large difference in outcome.

What can we learn from these examples and this theory?  At least two things: 1. We learn that a small act can make an enormous difference and 2. that we cannot predict the outcome of our small act, because there are many thousands of other “small acts” taking place concurrently and we cannot control them all.  So, we must continue to act in ways that are consistent with our values and hope that our “small act” will combine with thousands of other “small acts” to bring about the huge changes we desire.
Posted by bruce meder at 10:02