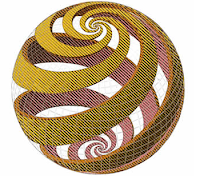 To do that means not accepting top-down solutions.  The top-down, government-knows-best approach is clearly unable to provide us with the answers, solutions and future we desire.

There are dozens of examples world-wide of communities attempting to create and design their own futures, without relying on central authority or governments.  Here are just four examples:

The Federation of Demanhur is an ecovillage located in Italy’s Piedmont region.  Founded in 1975 the village now houses over 800 people with Demanhurites participating in one of four levels, from permanent occupants through to those that live elsewhere but maintain a social and/or spiritual link with the village.  Houses in the village can house anywhere from 10 to 20 people, with all of them federated under the auspices of the Federation of Demanhur.

Perhaps the most well-known ecovillage in the world, Findhorn, in Moray, Scotland, was founded in 1962.  The community subscribes to no particular creed or doctrine, making it accessible to many who may be put off by other villages of particular faiths or doctrines.  Instead, Findhorn opens its doors to well over 5000 people every year from all over the world who come to workshops on the workings of an ecovillage.  Its prominence as a working example of what can be achieved has been recognised by the United Nations Centre for Human Settlements by awarding it the UN Habitat Best Practice designation.

Findhorn’s decision-making is vastly different to that of most of the world’s parliaments, senates and congresses.


“Decisions are made by a process of listening to or reading information about a proposal, asking questions to learn the facts, and also meditating to open a space for intuitive information to be included in the decision-making process. Sometimes silence is used to create this meditative space, called 'attuning', where each person does their best to find an inner state of mind in which goodwill is foremost and any outcome will be one which serves as the best for all. Sometimes people share their thoughts, feelings, and any other information gained from attuning, and then a vote is taken.”1

The location of Gaviotas in Los Llanos (the Plains) of Columbia and amidst the cocaine growers, guerrilla groups, and ever present military and paramilitary forces make this an unlikely setting for an ecovillage.  However, this intentional community, founded in 1971 has made some amazing technological innovations.  For instance, they developed a children's’ seesaw that provides the energy for a water pump.

The scientists and engineers drawn to the community have become proficient at developing engineering solutions specific to the local issues and environment.  When solar hot water panel manufacturers explained the costs and difficulties associated with solar technology, the inhabitants of Gaviotas came up with their own solution.  Notwithstanding the often overcast weather of the region, Gaviotas engineers came up with solutions better equipped to deal with the local conditions, and did so using cheaper, local building materials.

A further benefit of developing local solutions has been an improvement in the health of the population in the surrounding area.  Gaviotas has developed cheaper, more efficient, more ecologically sustainable water supply systems, and this has had a direct benefit in terms of supplying people with cleaner, safer water.

The Llanos area was at one stage part of the Amazon rainforest, but had become denuded of this ecological system.  More than 1.5 million trees have since been planted by the inhabitants of Gaviotas.  These trees have provided the groundcover needed to enable tropical rainforest species to regenerate in the area.

Neve Shalom (meaning Oasis of Peace) is a cooperative village established primarily to show that two peoples (in this case Israelis and Palestinians) can live side-by-side in harmony.  The brainchild of an Egyptian, Bruno Hussar, the village is midway between Tel Aviv and Jerusalem.  Hussar established the village as a way to promote interfaith dialogue in the war-torn area.  Administratively the village is run by a number of elected committees, with half the representatives of each committee being Israeli, the other half Palestinian.

Although the community itself is small, its reach is large.  It is estimated that since 1980 over 35,000 people have been educated there, including many of them as facilitators in non-violent conflict group encounter skills.

Where to next?  More of these intentional, cooperative, sustainable, radically democratic ecovillages will be necessary.  We are seeing the beginnings of global shifts towards these styles of living with the emergence of movements such as Transition Towns, voluntary simplicity, permaculture and dozens of small groups of people coming together to create alternatives to the business-as-usual, growth-oriented and harmful ways of the past.

These groups are no longer demanding leadership from above; but are intentionally building and creating, from the inside out.